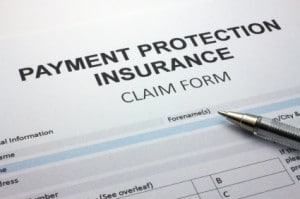 A Bradford-based payment protection insurance (PPI) claims management company, has been wound up by the High Court, following an investigation by the Insolvency Service (IS).

A spokesman for the IS said Redress Financial Management, trading under the name ‘Redress Claims’, charged customers an up-front fee of between £95 and £395 plus a percentage of the fee recovered, for its services.

He said the service had investigated the company, after receiving information from the Ministry of Justice (MoJ), and found “many examples of misconduct”, including misusing client funds and taking unauthorised payments from clients.

Redress was also found to have failed to operate a proper complaints procedure, to the detriment of its customers, and failed to file statutory accounts and returns. The IS said the firm’s sole director was Naman Ahmed Hussein.

Alex Deane, investigation supervisor at the IS, said: “This company operated with flagrant disregard for the rules governing claims management services and proper financial controls.

“The investigation and subsequent legal action taken by the service were long and complex, and I would like to thank officials from the MoJ for their assistance in bringing the company’s activities to an end.”

The petition to wind-up Redress Financial Management was presented under section 124A of the Insolvency Act 1986 on 7 October 2013. The company was wound-up on 19 November 2014.

In a separate development, Richard Render, a Manchester-based director of Total Care Consumer Solutions, who traded as a claims and compensation consultant, was disqualified as a company director for six years from next month for failing to pay tax and paying himself instead.

The disqualification, which follows an investigation by the IS, means that Mr Render cannot control or manage a company without leave of the court until December 2020.

Robert Clarke, head of insolvent investigations for the north at the Insolvency Service, said: “Company directors have a duty to ensure businesses meet their legal obligations, including paying taxes and must not benefit themselves at the expense of creditors.”