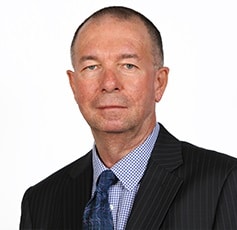 The credit hire and legal services group that floated in June has announced positive maiden results as a listed company as it looks to expand its fee-earning capacity.

Anexo Group plc – which owns Liverpool law firm Bond Turner (formerly Armstrong Solicitors) – saw turnover up 2.6% in the first half of the year to £23.5m.

Rather than receive work from claims management companies or insurers, Anexo has a field sales team generating almost all of its road traffic accident customers from a network of around 1,000 active referrers, such as body shops, vehicle workshops and recovery agents.

Anexo provides the motorist with a credit hire vehicle, the upfront settlement of repair and recovery charges, and legal support for a claim.

It says its model of direct capture of customers and claims management through a wholly owned law firm differentiated it in the market.

Key to the listing was Anexo increasing capacity within its law firm so as to allow the credit hire business to grow.

In its announcement to the stock exchange today, Anexo said: “As noted in the group’s admission document, the management took a decision in 2017 to focus on motorcycle claims and settling existing claims in progress rather than new claims generation. This resulted in reduced activity during the six months ended December 2017 and into H1 2018.

“This strategy was reversed in late 2017 following the decision to raise funds on public markets. The number of sales representatives and vehicles on hire have increased during the period resulting in an increased number of claims which is expected to impact positively on future periods.”

The company also said that staff employed at Bond Turner increased by 29% to 215 in the first half of 2018.

Executive chairman Alan Sellers, a barrister, said: “With the funds raised at IPO now underpinning our expansion, we continue to grow our credit hire division through the investment in fleet, quality staff and systems. This has allowed us to secure the quality business which predicates our high recovery rates.

“As outlined at IPO, the group is simultaneously focused on the expansion of its legal services business so as to allow the credit hire business to grow whilst improving cash generation levels.

“It is pleasing to see that Anexo has swiftly demonstrated its ability to execute its growth strategy, increasing employment levels across the division and the signing of a lease for a new Bolton office which will broaden our fee-earning potential.

“There is an ever-increasing market opportunity and our hybrid, scalable business model is well placed to grow in both the credit hire and legal claims markets, delivering near-term returns for our shareholders.”

The placing that accompanied Anexo’s admission to AIM raised £25m, of which £10m went to the group and £15m to the selling shareholders, of which £5m was repaid to the group.