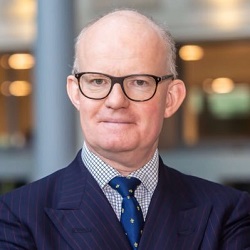 A “positive action scheme” for advocates who have the potential to become Treasury Counsel in the future – aimed to address a lack of diversity in their ranks – is to be launched next month.

The year-long Treasury Counsel Pathway offers no guarantee of appointment but will provide participants with a better understanding of the role.

This will be through practical workshops, one-to-one mentoring from one of the current Treasury Counsel team, job-shadowing opportunities and conversations with other stakeholders, including the Crown Prosecution Service and Attorney General’s Office – with whom the pathway has been developed.

Treasury Counsel are a team of specialist advocates who prosecute many of the most serious and complex cases and advise and appear on behalf of the law officers, and other government departments.

Max Hill QC, the Director of Public Prosecutions, said recruitment generally came from the chambers of existing members of ‘the Room’ – the office space shared by Treasury Counsel at the Old Bailey, which has become shorthand for the role.

While this made “some sense”, Mr Hill wrote on the Bar Council website, “the risks of Treasury Counsel becoming something of a closed shop as a result are clear”.

There needed to be “a range of experience and specialism within the Room” as well as a cadre of advocates who were “genuinely representative of the public they serve”.

Mr Hill continued: “We will always appoint Treasury Counsel on merit, of course, but the pathway reflects a determined effort to demystify the recruitment process and make it more inclusive, so that talented advocates of all backgrounds are supported and able to seize opportunities like this.”

The scheme is specifically aimed at barristers, or solicitors with higher court advocacy rights who are not based at the same chambers as current Treasury Counsel.

Underrepresented groups will be specifically prioritised: women; those from a Black, Asian or a minority ethnic background; those who are LGBT+; advocates who self-declare as from a lower socio-economic background; and those with a disability or long-term health condition.

Applicants must also have a minimum of seven years’ advocacy experience and be currently operating at CPS advocate panel level 3 – or undertaking equivalent work, if a defence practitioner.

Applications will be assessed by a “diverse” three-person panel – there will not be interviews.

The pathway will be launched on 4 October at an online event. All the details are here.