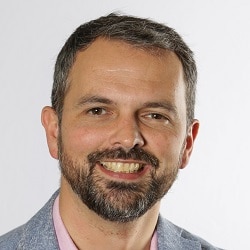 A service offering direct access barristers to handle all the stages of a small claim – including whiplash cases from next year – for a fixed fee of £999 has gone live.

Mr MacCafferty said that, through Clerksroom Direct, the service could cover every court in England and Wales, and he and Mr Ward would be bringing in Clerksroom’s junior clerk chatbot, Billy Bot, to triage cases.

Mr MacCafferty said: “It was frustrating to me when I was working in commercial practice and clients would come in with good claims, but as soon as they said ‘less than £10,000’, my heart would sink.

“There is minimal cost recovery on the small claims track, and the chances are that by instructing a solicitor you could end up paying more in fees than you get in damages.”

The portal is designed to enable law firms to direct clients with small claims to a platform where they can access guidance on handling a claim themselves or find a direct access barrister.

Mr MacCafferty said the original version of the website went live in May 2019.

“The idea was to do as much as we could so people could help themselves, completing their own directions’ questionnaires and preparing their own bundles.

“We thought that the best place we could help was at the trial itself, as most people don’t like public speaking and have never been through the door of a court.”

Mr MacCafferty said the new service offered a barrister not just at the trial, but who could help with issuing the claim, gathering the evidence and answering directions questionnaires, for a fixed fee of £999 including VAT.

Next April, the limit for personal injury claims is set to rise to £2,000, or £5,000 for motor cases, with the latter run through a government-backed online portal, Official Injury Claim. Mr MacCafferty said there was no reason why litigants using this could not also use his Small Claims Portal.

He said solicitors could maintain goodwill by signposting clients to a way of handling their small claims.

Mr MacCafferty was an equity partner at a regional firm before working as a consultant solicitor for Counterculture Partnership and Primas, as well as a mediator.

He said lockdown had “opened people’s eyes” to the ways they could use the internet.

Mr Ward added: “Since the soft launch of Small Claims Portal, Clerksroom has developed Clerksroom Online and Chambers 365, which connects the portal through common APIs, to enable online bookings and case management for all parties.

“We want to help as many people as we can; to fill the gap of unmet legal need, especially as the sector faces further reform.”