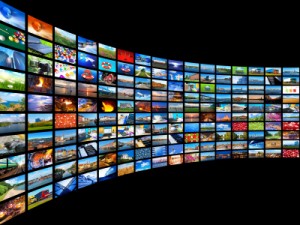 TV adverts for legal services on the rise

The increase in advertising legal services is having a negative effect on the justice system, according to a survey of 1,261 members of the public.

The poll, conducted by Britain Thinks, found that 71% of people thought that advertising had increased in the last three years, and of them, two-thirds thought it had a negative effect on the justice system.

There were similar findings in relation to the growth of ‘no win, no fee’ cases, while there was even greater negativity over “people ‘trying their luck’ to get compensation” and sales calls or texts.

The growth in compensation for financial product misselling was only area which, marginally, respondents thought was good for the justice system, unlike claims for personal injury, which 35% thought positive and 55% negative.

There was strong support (83%) for the statement that ‘there is a growing compensation culture in England and Wales – nobody takes responsibility for their own actions any more’, even though government reports have repeatedly concluded that the compensation culture is perception rather than reality.

A similar number (79%) agreed that small businesses are under threat of being sued.

Britain Thinks said these views were consistent across most socio-demographic groups, but concern was particularly high among older people, and Conservative and UKIP voters.

More than half of respondents (56%) thought that civil litigation is becoming more like the US – only 13% disagreed – while 38% believed that the system was moving in the wrong direction. One in five said it was moving in the right direction, while the biggest proportion (41%) didn’t know.

The survey was part of a campaign launched by the US Chambers of Commerce last week that is calling for the regulation of third-party litigation funding, which was covered extensively on our sister site Litigation Futures (see news story here [2] and blog here [3]).

Research published earlier this month [4] by marketing collective First4Lawyers found that spending on personal injury marketing has increased 182%, from £27m in 2010 to £76m in 2014.

Andy Cullwick, head of marketing at First4Lawyers, said: “It is intriguing to see that this research suggests that seeking justice for the misselling of things like PPI is viewed less negatively than seeking justice for a personal injury or workplace accident.

“It shows how effective the insurance sector has been and presenting a compensation culture myth. Over the last few years the number of claims made and companies operating in this litigation sector has fallen. Within the PI sector, the amount spent on TV advertising fell in 2014 and continues to decline.

“We as an organisation deliver a robust review of all potential claimants to ensure they are genuine victims of an accident and we would implore people to ask a victim of an accident if they think there is a compensation culture?”