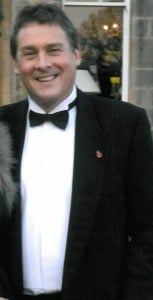 Around 30 detectives and police staff are now working full-time investigating the “suspicious” death of a Durham solicitor who was due to appear before the Solicitors Disciplinary Tribunal (SDT).

Peter Thomas Maine, aged 56, was found with stab wounds on a path opposite the running track at Maiden Castle Sports Centre on the outskirts of the city just before 8am on Sunday.

He lived in Wynyard, near Stockton and was married with two daughters.

When he was discovered by a cyclist who passing through the area Mr Maine was wearing a short-sleeved black running top, blue tracksuit bottoms and trainers. His vehicle, a black Land Rover, was subsequently found parked in Old Elvet where he left it at 7.30am.

Yesterday officers distributed A4 posters bearing a photo of Mr Maine in the hope they may prompt other potential witnesses to come forward.

Officers are continuing to go through the initial witness statements already taken and are gathering CCTV footage in the hope they may provide further clues as to Mr Maine’s movements before he died.
Detective Chief Inspector Steve Chapman, who is leading the investigation, said: “Mr Maine’s death remains suspicious but we have to keep an open mind as to how he came by his injuries.

“We have established a major incident room at police headquarters and we are committing the same resources we would for any homicide investigation.”

Mr Maine qualified in 1981 and was listed on the Law Society’s ‘Find a Solicitor’ website as having expertise in civil litigation, commercial property, residential conveyancing, family law
and personal injury.

He was referred to the SDT for his work at County Durham firm Hall & Co, which closed in September 2011.

He had been facing allegations that he acted as a solicitor in relation to transactions concerning a company which he ought to have known were dubious and thereby acted in a way that was likely to compromise or impair his independence and/or his integrity and/or his good repute or that of the solicitor’s profession and/or his duty to act in the bests interests of his clients.

The local media in the north-east has also reported that the police were investigating Mr Maine at the time of his death.