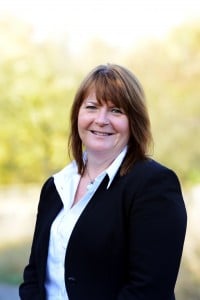 Kathryn Stone, a police complaints commissioner, is to become chief ombudsman at the Legal Ombudsman (LeO) in January next year.

The appointment comes at a time when new figures put LeO under further pressure from the Legal Services Board (LSB) over deteriorating performance against its targets.

Ms Stone took up her current role at the Independent Police Complaints Commission in July 2014, after working as Commissioner for Victims and Survivors in Northern Ireland.

Before this she was chief executive of Voice UK, a national charity supporting people with learning disabilities in the criminal justice system.

The size of the challenge facing Ms Stone is shown by a decline in the timeliness and quality of complaints handling at LeO, and increase in cost, during the four months from June to September this year.

The figures, cited in papers to last month’s meeting of the LSB, showed that timeliness declined from June, when over 57% of cases were resolved within 90 days, to 49% in August and September.

The LSB – which in June invoked statutory monitoring powers because of concerns that LeO’s targets were at risk of not being met then and in the future – set a target of 60%.

The measure for the quality of complaints handling declined from 61% in August to 58% in September, but still well ahead of the target of 40%.

The reasons given by LeO’s governing body, the Office for Legal Complaints (OLC), to the LSB for the decline in timeliness included the “impacts of prior technical difficulties with the new case management system”and changes to the working practices of ombudsmen to improve quality.

The OLC also said unit costs were “sensitive to short-term changes in activity”; with its costs fixed, LeO has so far taken on 13.5% fewer cases in the financial year 2015/16 than expected. But it still expIects the overall cost of LeO to fall this year, as it has done in every year of its operation.

Steve Green, chair of the OLC, told Legal Futures last month that LeO would recruit more ombudsmen to triage complaints in a major reorganisation that aimed to improve the quality of its decisions.

In newly published letter to Mr Green in September, following a presentation he made to the LSB, its chair Sir Michael Pitt said: “Timeliness and unit cost, on current measures, both appear to be deteriorating. Whilst we heard your rationale for those trends and the interventions you have in place to reverse them, it would not be accurate to say that my board is reassured yet [his emphasis] of the robustness of the plan for trend reversal. We also noted that quality measures remain less than ideal.”

Mr Green said Ms Stone had a “track record of strong leadership and independence and we all very much look forward to working with her.”

Ms Stone commented: “I’m looking forward to meeting with legal service providers and claims management companies to hear their views about how we continue to improve standards for clients.”