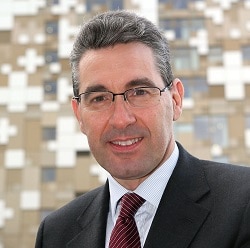 Philip: Good practice at many firms

There is still some bad practice among personal injury firms – particularly around their relationships with work introducers and other third parties – but overall it is a positive picture of good practice and compliance, the Solicitors Regulation Authority’s (SRA) long-awaited thematic review of the sector has found.

The issues raised during the review have prompted the regulator to issue a revised warning notice on risk factors in PI claims, less than two years since first publishing it.

The SRA also suggested that the low level of reported fraud was because defendant firms chose to opt for a discontinuance rather than press the issue.

The thematic review has included various elements, including a survey of PI solicitors last year and more recently visits to 40 firms for an in-depth look at how they practise, including file reviews.

“Firms generally showed they had systems and processes in place to make sure a proper service is provided to clients. Although there are good and poor practices in all these areas, some areas raised more concern than others,” the thematic review, published today, said.

The SRA identified various causes of concern, while stressing that these were not widespread issues.

Some 78% of the firms visited had referral arrangements in place and 48% had agreements with claims management companies.

One of the 40 firms was found to have breached the referral fee ban, while another was referred to the SRA’s internal disciplinary processes for possible breaches.

Despite concerns about firms taking instructions from third parties, the SRA found that the majority of firms and fee-earners took care to check instructions directly with the client at key stages of the case.

“Most firms do not accept instructions from third parties and the majority of those who do have policies in place to protect the client’s interests.”

There were two files out of 80 reviewed where confidential information was shared with a third party without client consent.

On fraudulent and frivolous claims, the SRA found that some firms did not obtain evidence of identity at the outset, partly because PI work does not fall within scope of the Money Laundering Regulations 2017. It was also based on a risk assessment of the source and type of claims they carried out.

While it said firms used a variety of fraud indicators, the SRA said that defendant firms tended not to pursue fraudulent claims “as it is easier for them to get a notice of discontinuance”.

It continued: “This may explain the low number of actual fraudulent claims overall.”

Other areas of concern were training – “several firms have never provided training in a number of areas, notably the Rehabilitation Code, and 13% of firms did not keep staff training records” – and costs explanations.

Poor costs practice highlighted by the review included firms failing to consider an appropriate success fee for each individual case.

The 2016 survey highlighted concerns among some solicitors that alternative business structures and joint ventures were being set up to avoid compliance with the referral fee ban.

However, the SRA found “little evidence” to back this up. Of the 11 ABSs among the 40 firms visited, only two received 100% of their work from a parent company, while nine had referral arrangements with unconnected providers and took steps to comply with the ban.

Other findings included an even split of the visited firms between legally qualified fee-earners (41% of staff) and paralegals (42%), although 13 of the firms did not use unadmitted staff to triage cases.

There were no issues about the quality of the medical reports inspected during the file reviews, although a quarter of the firms had been contacted by MedCo about perceived misuse of the system.

A “significant majority” of firms had received pre-medical offers but these were “rarely recommended” to clients.

The SRA said that most firms settled 95% of cases and, amid concern that some firms just want to settle cases as quickly as possible, the majority provided evidence to show they had attempted to re-negotiate a better settlement.

Some 92% of firms paid clients their damages within a week and the SRA was “unable to find any widespread payments of damages to third parties”.

Paul Philip, chief executive of the SRA, said: “We expect solicitors to meet the high standards we set. Our updated warning notice lays out our concerns and reiterates what law firms and the profession needs to do to uphold the rule of law and proper administration of justice.”

“Our new thematic review supports the warning notice by looking at some of the challenges firms face when delivering personal injury work. It highlights good practice at many firms but also highlights the poor practice that still exists in some firms.”