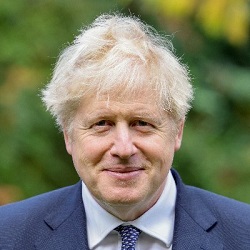 Prime Minister Boris Johnson warned lawyers and others involved in “assisting corrupt oligarchs” that they will “pay a price” if they have undermined the interests of the UK.

However, the profession has been pushing back at criticisms of those providing legal services to Russians.

At Prime Minister’s Questions yesterday, Conservative MP Bob Seely – who has been leading the attacks on lawyers – asked Mr Johnson about the law firms that “intimidate into silence those who would investigate” the flow of Russian money offshore, “be it the media or even the National Crime Agency”.

He continued: “Does the prime minister understand that this is how state corruption happens, and that this is systemic, planned subversion? Does he realise the seriousness of what has been happening to the law firms and finance companies in recent years?”

Mr Johnson replied: “Law firms in this country are regulated by the Solicitors Regulation Authority. They were reminded on 23 February of the need to comply with sanctions regulations and legislation, and there are regular checks to ensure that they are doing so.

“They have responsibilities under that regime to safeguard the UK and to protect the reputation of the United Kingdom legal services industry. Clearly they will face sanctions if they fail to do so.”

The point was raised again by Labour’s Debbie Abrahams, who asked how the government would tackle the activity of so-called enablers – “the lawyers, accountants, PR specialists and so on… who have, for too long, been corrupting the rule of law in our country”.

Mr Johnson said: “The legal profession and everybody involved in assisting those who wish to hide money in London and in assisting corrupt oligarchs have been set on notice that their actions are under scrutiny.

Mr Seely was outspoken about lawyers during a debate in January on ‘lawfare’ – using the legal system to silence journalists and critics – and in a debate on Tuesday on sanctions, he went further still.

He said: “We must toughen up the Solicitors Regulation Authority. I am told by whistleblowers working for the big companies that they do not do proper client checks and that ‘know your client’ checks are non-existent for some of them.

“Some actually have a list of people that they specifically do not do those checks on because they know that they are inherently corrupt and inherently criminal.”

He claimed that “people are coming to me and telling me about this stuff – they are telling others here as well. It is a very serious that our legal systems have become so corrupted”.

He has used parliamentary privilege on various occasions to name law firms and individuals he claimed back in January offered “legal intimidation services to the corrupt, to organised crime or to the Russian state”. On Tuesday, he accused such lawyers of being “amoral”.

One of those he has named is well-known London media law firm Carter-Ruck because it acted for oil company Rosneft in bringing a libel claim against journalist Catherine Belton over her book Putin’s People, which settled last year.

The firm has issued a short statement on its website in response to “the confused reporting that is currently circulating on the subject of Russia and the Putin regime”.

It said: “Carter-Ruck is not working for any Russian individuals, companies or entities seeking to challenge, overturn, frustrate or minimise sanctions.

During a House of Commons debate yesterday on sanctions, Conservative MP Danny Kruger said he was concerned about the calls “for blanket appropriations or expulsions of Russians”.

He said: “That is not the British way. Everybody has basic civil rights, including the right to legal representation. We must uphold the rule of law in this country.”

It is a theme that lawyers have been highlighting on Twitter, especially in response to Mr Seely’s comments on Tuesday, which also included naming barrister Hugh Tomlinson of Matrix, who acted for Roman Abramovich over the Belton book.

Media law barrister Greg Callus of 5RB pointed out that counsel were bound by the cab-rank rule: “Attacking lawyers for faithfully representing clients – even repugnant ones – is pernicious to rule of law.” He suggested that the rule should be extended to solicitors’ firms as well.

Former Conservative MP Jerry Hayes, who is now at the Bar, said: “Lawyers are only immoral when they break the rules or mislead the court. Everyone, no matter how wicked, is entitled to due process, even Putin. The rule of law separates us from them.”

Solicitor David Allen Green, a legal affairs commentator who writes for the Financial Times, argued on his personal blog yesterday that lawyers could only work with the law as it stood.

Mr Allen Green said the business models of certain law firms were “based on there being numerous foreign corporations and high net-worth individuals wanting to enforce rights in London”.

But while solicitors, unlike barristers, had more choice about who they acted for, “they cannot choose to change the law”.

He went on: “And so here – even without denying the personal responsibility of lawyers who choose to act for such clients – we again have the ultimate problem being the law, rather than lawyers.

“The hard truth is that, although it is satisfying to blame – and name and shame – lawyers, it is the law that is at fault. What lawyers do is a function of that law.”

Several large law firms have issued statements about reviewing their work for Russian clients, and well-known legal PR specialist Fred Banning suggested in a blog yesterday how, in an era focused on ESG (environmental, social and governance) responsibilities, it was no longer enough for law firms to say simply that everyone was equally entitled to legal representation.

“I find it hard to believe that line can sustain. I don’t say that lightly; I recognise how fundamental the concept is to the training and professional ethos of lawyers.

“However, clients are increasingly cognisant of what is going on in their supply chain, and desire greater alignment between the values of their own organisations and those of their suppliers. A new generation of talent will also take a view about what work is and is not personally conscionable.”

Mr Banning, former head of corporate communications at Pinsent Masons, said this had “profound implications” for the way law firms were organised and run.

“The existing SRA guidance on professional ethics will only go so far; organisations will have to form their own views on what is acceptable to their own stakeholders.

“How does the line partner, pursuing the new matters upon which their practice and financial future depends, make decisions about who may or may not constitute a ‘bad actor’ in the context of complex geopolitics? Are they even under any obligation to do so?

“If not, whose job is it – if it is anyone’s? How and to whom does an employee with moral or ethical concerns about how a matter is being conducted (as opposed to a risk-based concern) escalate the issue? Who within the firm has domain to intervene?

“Putting it another way, who is the conscience of your business?”

One solution may be dedicated ethics committees, Mr Banning suggested.

“Some will fear an extra layer of process around client targeting and matter opening. I would respectfully suggest that the risk of not addressing this governance blind spot is the greater peril.”

In a statement last week responding to concerns that lawyers were trying to stall the imposition of sanctions, Law Society president I Stephanie Boyce said: “It’s the job of solicitors to represent their clients, whoever they may be, so that the courts act fairly. This is how the public can be confident they live in a country that respects the rule of law – unlike Putin’s tyrannical regime.

“Solicitors are highly regulated and are not allowed to bring spurious objections to processes – if they challenge the government’s actions, it’s because they think the government is at risk of breaking its own rules.

“If Parliament wishes to change those rules, they have the power to do so democratically. The Law Society and our profession stand ready to support the government to build a watertight sanctions regime against Russia.”