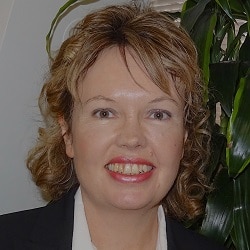 Fiona Scott also said Plexus aimed to be the leading national defendant law firm, filling a “huge gap” in the market left by many of the big insurance law firms focusing on their international practices.

Earlier this month, Plexus announced a £15m investment from Origin Equity. Back in 2012, the Parabis Group – of which Plexus was part – was the first law firm to be bought by a private equity business, Duke Street.

But the group was broken up in a pre-pack sale in November 2015, with Plexus returning to the ownership of its founders.

Ms Scott, who rejoined the business in December after four years as finance director at Kennedys, stressed that this time, the deal was “not bringing debt into the business but bringing investment”.

This meant that “if business takes a downturn, it doesn’t put the [firm] at risk. That’s why I say it’s a very different deal”.

She added: “I wouldn’t have joined this business if I didn’t believe in it. What we’re doing is tackling that elephant in the room that every law firm has, and that is succession planning and what is the firm going to look like in the future.”

Ms Scott explained: “We want to attract future talent and reward our existing people by offering our future leaders and future board share options.

“But actually we’ve also got some large capital payments that we can make available on a secondary sale [by Origin] to the people who already work in Plexus and have helped to make it what it is. So it genuinely feels like a more co-operative model that a traditional law firm.”

While the firm could have sought bank funding, the Origin investment “affirms the brand again and shows the value in the business”.

Ms Scott said the corporate structure of Plexus meant that after all the partners are paid on a fixed-share basis, there was profit left in the business. It was this value that attracted Origin, she added.

The £15m was earmarked for a business transformation fund to invest in technology, growth and talent. She suggested that Plexus’s competitors were “talking a good talk about innovation”, but not delivering it so well.

“While law firms have really good ideas, they find it very hard to translate them into tangible products that they can give to their clients or their own internal systems because they just cannot find the funding to do it.”

The technology Plexus hoped to produce would be a “real differentiator”, she said.

Ms Scott said the vision was to be the leading national firm in defendant insurance work, while other insurance firms targeted international markets. “We are unashamedly UK focused and I think that is a really strong differentiator.”

Targeting only one jurisdiction also made technological innovation easier, she added.

Olivia Roberts, one of the two Origin partners joining the Plexus board, told Legal Futures: “The attractive thing about Plexus is that, although it has some senor very clever lawyers, it also has proprietary technology platform that helps it process a lot of these claims for its clients very efficiently.”

She praised the strength of the management team, which she said has “a very clear investment plan and a real vision for where they want to take the business”.

Ms Roberts said Origin was exceptionally selective in its investments – maybe only making one a year – and indicated that this was not a precursor to more investments in the legal market.

“Our primary investment in law will be through Plexus, but it is a really interesting area where things are changing, so it’s something we’ll keep watching,” she said.