“All to play for” on Civil Liability Bill, personal injury leaders say 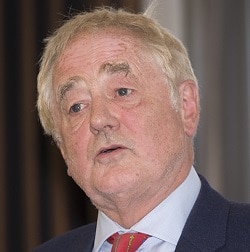 Allen: use the Supreme Court ruling

Leading personal injury lawyers told yesterday’s PI Futures conference that there is “all to play for” on the Civil Liability Bill as a “nervous” governments seeks to avoid a damaging parliamentary defeat.

Claimant lawyers were also urged to write to Law Society president Joe Egan to call on Chancery Lane to do more to support the case for access to justice, and also the House of Commons’ justice select committee, which it was suggested was receptive to similar arguments.

Though the bill was announced in the Queen’s Speech in June, the Ministry of Justice (MoJ) has not yet made any move to take it forward, meaning that the original intention of introducing the reforms for October 2018 now looks dead.

Tom Jones, head of policy at trade union firm Thompsons, said measures including a rise in the small claims limit for road traffic accident cases to £5,000 were not a “done deal”.

Speaking at the event in Liverpool, Mr Jones said: “It is harder now for the government to push through its reforms than it was before its disastrous election results. If we position ourselves the right way, we can oppose them successfully.”

Mr Jones recalled that Lord Justice Jackson had said the small claims limit for personal injury cases should not be increased until inflation had pushed it up to £2,000, and, taking this into account, the figure had only reached around £1,500.

“We need to hold our nerve. The government needs non-Brexit good news. Is this an issue where they’re going to get it?

“It’s not about certainty for us and our friends, it has to be about the victims. There is all to play for.”

Andrew Twambley, a spokesman for campaign group Access to Justice, said the group’s research indicated that, if claimant lawyers did nothing, 600,000 people would be denied justice and 30,000 professionals would be out of a job as a result of the reforms.

“The government is hanging by a thread. Quite a few senior Conservative MPs and backbenchers support our cause. If a dozen were to abstain or vote against, we have a chance. If the government sees it coming, they will back off.”

When asked whether he was claiming other claimant personal injury groups were “selling out” by working with rather than against the government, Mr Twambley said: “Yes I am. They are selling out the profession. They’ve given up.”

He added: “We’re not interested in tea and sandwiches at the MoJ. Why should the civil justice system be destroyed at the whim of insurers?”

However, his backing for a general rise in the small claims limit to £2,000 was criticised by Mr Jones, who described it as “compromising and giving in”.

Mr Jones added that he believed that separate arguments against the government’s plans by different groups would not harm the campaign, as long as there were not “massive differences”.

Patrick Allen, senior partner of London firm Hodge Jones & Allen, said he would like the Law Society “to do more” and called on each of the 210 delegates in the room to write to the president.

Mr Allen – a former Law Society council member and president of the Association of Personal Injury Lawyers – said Chancery Lane had “missed a trick” over LASPO back in 2012 by not taking it seriously enough.

“I will demand a meeting with the president, where I will confront him and ask him what he’s doing about this,” Mr Allen said. “I want to see the Law Society snap into action.

“The society represents both sides of the personal injury profession, but has consistently put forward a pro-claimant point of view because it wants to protect access to justice.

“The effects of these changes would be catastrophic and totally unfair. It would be a massive windfall for the insurers and many claimants would be deterred. The claims companies and McKenzie Friends would rush in.”

Mr Allen said the society should look at how to use the powerful access to justice arguments contained in the Supreme Court ruling on employment tribunal fees.

“I think the government is nervous. The Supreme Court has told it to stop, or our democracy will become a ‘meaningless charade’”.

He suggested that the Ministry of Justice would not want to risk a repeat of such a damning ruling.

Delegates were also reminded of comments made earlier this year by Bob Neill MP, chairman of the justice select committee, in which he accused the MoJ of “firing in entirely the wrong direction” with in its reform plans.

Mr Neill told a committee meeting in February that instead of restricting general damages for a “certain type of tort”, in this case whiplash claims, the MoJ should be putting claims management companies out of business.

They were urged to contact both their own MP and the committee to register their concerns over the impact on access to justice – rather than their own businesses – as weight of correspondence catches MPs’ attention.