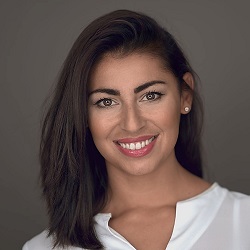 A “standardisation-focused legal community platform” has been launched by the team behind oneNDA, the initiative which created a standard non-disclosure agreement used by 600 organisations.

Electra Japonas, co-founder of oneNDA, described Claustack as a “very disruptive initiative” which would enable standardisation to move from being gradually more common to becoming “mainstream”.

The Law Boutique, an unregulated business supporting in-house lawyers that she founded, started the oneNDA initiative after realising how much time it spent on NDAs on behalf of clients.

Ms Japonas, chief executive of The Law Boutique, said research during the development of oneNDA had shown that there was a “real appetite” among lawyers not just for standardisation, but for a community platform where they could collaborate.

“Half of them were involved because they hated non-standard NDAs, but the other half said they wanted to collaborate with other lawyers on standardising contracts.”

She said one of the ways the legal industry had been “stifled” was by “very little sharing of knowledge and collaboration” compared to other industries, such as the software industry.

“It is rare for lawyers to see feedback or other lawyers’ points of view. They often only communicate during a negotiation or dispute. This would give them an insight they haven’t had before.”

Claustack allows lawyers to start and run a project to standardise an agreement or contribute to other projects through feedback, while giving them access to a “community of peers working together to solve common problems”.

Lawyers can submit a draft contract to Claustack, setting a time period for the project to run, with a recommended period of 30 days.

The contract is reviewed by other lawyers who “suggest, comment” and vote on whether they approve the content. The owners of the contract decide which changes to adopt and issue the final contract, which lives in the Claustack library and is “open to the world to use for free”.

Those who want to give free access agree to share the final product under a Creative Commons licence. Ms Japonas said Claustack would be monetised by offering organisations the chance to run private projects in private rooms.

Lawyers wanting to be involved in oneNDA’s new project next month to create a standardised data protection agreement must be members of Claustack. Membership is free.

Claustack was launched alongside a revised version of oneNDA, which originally went live last summer.

The new version includes updates made in response to feedback, including expandable text fields and space for additional language, allowing flexibility while retaining standard language. Users will not be allowed to change the baseline text.

In a further development designed to increase adoption of oneNDA, a version specifically designed for mergers and acquisitions has been launched, known as oneNDA + M&A, incorporating additional language for wider use.

Since its launch, 600 organisations have adopted oneNDA as their organisational standard. It has been downloaded 8,600 times and 10,000 people, mainly lawyers, had signed up to be kept up to date with developments.