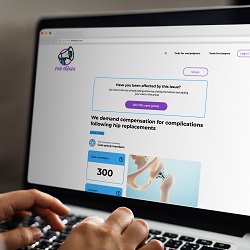 Group actions will no longer be the preserve of a few large claimant firms, according to the founders of an online platform whose development was supported by the Solicitors Regulation Authority’s (SRA) Legal Access Challenge.

Find Others – which also has backing from a leading Australian law firm – allows consumers to look for others affected by the same injustice or start their own campaign group, petition or legal action against the government, local authorities and businesses with the click of a button.

It also helps users to find an appropriate lawyer to take on their legal action.

In addition, the platform allows lawyers with cases that affect a group of people a way to find and capture more potential claimants without the expense of creating bespoke websites and onboarding tools, which it said was why, until now, only a small number of law firms have been able to build groups.

In 2019, Find Others (then known as Glow) was awarded £50,000 as one of the finalists of the Legal Access Challenge, which aimed to broaden access to legal help for individuals and small businesses through technology.

It has now received financial backing from leading Australian law firm Shine Justice, which has been a listed business since 2013.

Simon Morrison, CEO of Shine Justice, said: “We are very impressed by Find Others and believe they have created something extremely powerful and capable of reinventing the group litigation sector. We are very excited to be joining their journey as investors.”

Another investor and advisor to Find Others is Razzaq Ahmed, an associate at Brown Rudnick.

He said: “For me, Find Others is not just a tech platform, it’s a movement to support group claims that might otherwise go unnoticed or fail to get going. That is the epitome of access to justice at its most basic level in a legal market faced with unending complexities and inefficiencies.” 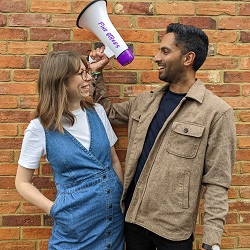 The platform has already had its first major success, helping hundreds of families unite to form Vaccine, Injured, Bereaved UK (VIB UK), a group fighting for a fair compensation scheme for those severely injured or bereaved by the Covid vaccine.

The group said: “Find Others has fundamentally changed our ability to hold power to account, by helping us to gather effected individuals, build a powerful group and shine a light on injustice.”

Now Find Others is launching both to the legal profession and to the wider public. Law firms can sign up for free to appear in the legal directory and can also manage and grow their legal action via the platform for a fixed monthly fee.

Co-founder Amar Chauhan said: “Find Others came out of our experience of a faulty car. It turned out that we were not alone, but we were unable to find other owners easily. Getting a group together to take action was incredibly difficult, so we decided to make it easier.

“It has been normalised that organisations can break the law and get away with it. Sometimes it’s because people do not band together. Other times it’s because the damage suffered individually does not make it worth taking action. These problems can be addressed by grouping together.”

Co-founder Georgina Hollis added that speaking to victims of the Post Office Horizon scandal and lawyers had also fuelled their mission.

“We realised that all of these people had no way of finding out that they weren’t the only one who had suffered this miscarriage of justice. We want to democratise the legal market.

“What makes Find Others unique is that it works both for consumers starting out on their campaigns and those who have already found a lawyer but need to build their group.”

She said law firms could launch a case group within minutes – whether or not they have a core client – and would never have to reject a case again because it was too small or there are insufficient claimants to make it viable.

Find Others also acts as ‘search engine’ for group actions, allowing lawyers to find and connect with people who need their support.

A new private group feature coming soon will allow lawyers to build their action behind closed doors and only share it with those they wish to.