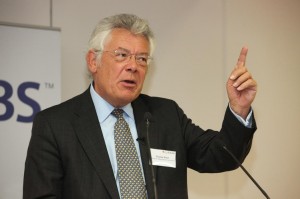 Plant: press the case for simplification of the regulatory framework

Charles Plant, chairman of the board of the Solicitors Regulation Authority (SRA), has been re-appointed for a further year, it was announced yesterday.

His term of office will now expire on 31 December 2014, when he will have led the board for five years.

The last few years have seen a gradual staggering of appointments to the board after the mass replacement of the original board in 2009.

Arguably top of Mr Plant’s to-do list for this year is to choose the SRA’s new chief executive, while the Ministry of Justice’s legal services review could prove hugely significant to the future of the SRA.

Mr Plant has overseen massive change at the SRA, including the introduction of outcomes-focused regulation, the licensing of alternative business structures and the move to a single site for Midlands staff in Birmingham.

In recent years he has supported common training for solicitors and barristers, suggested that in time it might be right for a single regulator to replace the eight frontline regulators, and claimed that there are too many solicitors in England and Wales “who are simply not good enough”.

Mr Plant said: “I welcome this opportunity to complete the work set out in our strategic plan 2013/2015 in what is proving to be a defining period in the evolution of the legal services market in England and Wales.

“My other priorities include bringing forward as soon as possible firm proposals to implement much-needed change in some areas of the legal education and training regime, following consideration of and consultation upon the recent LETR research report.

“The SRA welcomes the Ministry of Justice’s call for evidence on the legal services regulatory framework. The complexities of the current arrangements, with multiple frontline regulators and an oversight regulator, are costly, confusing and distracting.

“In my remaining time as chair and beyond, we will press the case for simplification of the regulatory framework and the removal of unnecessary burdens, which will bring benefit to consumers, the profession, and law firms.”

Mr Plant was a litigation and arbitration partner at City firm Herbert Smith from 1976 to 2005 and is now a consultant with the firm. He is a CEDR accredited mediator and a mediator in the Court of Appeal mediation scheme.

From 1994 to 1999 he was the solicitor member of the Lord Chancellor’s Advisory Committee on Legal Education and Conduct – which produced the last, largely ignored, report on reforming legal education – and a member of the successor body, the Legal Services Consultative Panel, from 2000 to 2003.

He was for many years a governor of the then College of Law and chairman of the governors until 2009, in addition to being editor in chief of Blackstone’s Civil Practice.

Next year will see a string of high-profile appointments to senior roles in the legal regulation world, with the terms of both Legal Services Board chairman David Edmonds and Legal Ombudsman chairwoman Elizabeth France due to end in the spring.