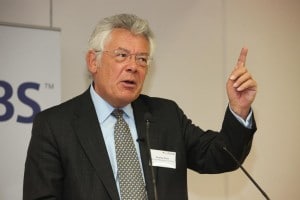 Charles Plant, the former chairman of the Solicitors Regulation Authority, has described the award of a CBE in the Queen’s Birthday Honours List as “recognition” of the work done by the regulator during his tenure.

Mr Plant, who is now retired, was cited for services to legal regulation and education.

Speaking to Legal Futures today, Mr Plant said: “This is recognition of the fact that the SRA has made a great deal of progress over the last five years. We have embarked on a dismantling of unnecessary regulation and that will continue.

“I am particularly proud of our changes to education and training, and other steps which encourage access to the profession, such as through apprenticeships.”

Mr Plant, 70, practised at City giant Herbert Smith for his entire career. A former chairman of the governors at the then College of Law, he was a member of the Lord Chancellor’s Advisory Committee on Legal Education and Conduct in the 1990s and then served on its replacement, the Legal Services Consultative Panel.

In an interview with Legal Futures [2] to mark the end of his tenure, Mr Plant said he left the SRA “in a great deal better state than where I found it”.

Barrister Helen Mahy, former group company secretary and general counsel of National Grid, also received a CBE for services to business and voluntary service, particularly to the legal profession and diversity in the workplace.