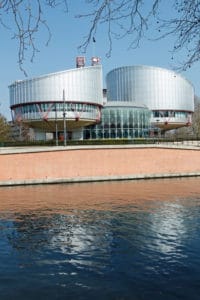 The Council of Bars and Law Societies of Europe (CCBE) is to back plans for a European Convention on the Profession of Lawyer, at a hearing in Strasbourg later this week.

The CCBE will address the legal affairs and human rights committee of the Parliamentary Assembly of the Council of Europe.

This is the parliamentary arm of the Council of Europe, the 47-nation organisation that, among other roles, oversees the European Court of Human Rights. It is distinct from the European Union.

The assembly is made up of parliamentarians from the national parliaments of the Council of Europe’s member states, and generally meets four times a year for week-long sessions. It is one of the council’s two statutory bodies, along with the Committee of Ministers, the executive body representing governments.

Members of the assembly signed a motion in favour of the convention a year ago, noting that “when the rule of law is threatened, the rights associated with the exercise of [the lega] profession are often also restricted”. They came from countries including Germany, France, Spain, the Ukraine and Georgia – but not the UK.

The Council of Europe’s legal affairs and human rights committee appointed a rapporteur to work on the convention early this year.

The CCBE argued ahead of this week’s meeting that a convention was needed in the light of “attacks on the role of lawyers” in countries such as Turkey, Poland, Ukraine, Moldova, Georgia and Bosnia Herzegovina.

The CCBE said in the document that these attacks had continued despite “various instruments exhorting the protection of the role of lawyers” and a recommendation adopted by the committee of ministers to member states 17 years ago.

“Binding obligations, rather than exhortations to best practice, are required to secure the protection of the independence of the legal profession and, through it, the rule of law.”

The CCBE said the convention was also needed because of the pressure the legal profession came under from “the executive and legislative powers, as well as sometimes the judiciary, and non-state actors”.

Although the European Convention on Human Rights (ECHR) protected “various critical rights associated with the lawyers’ role in maintaining the rule of law, and should continue to do so unamended”, the CCBE said other rights identified in the recommendation were outside its scope.

“They need a protection mechanism at European level too, albeit in a simpler, faster and more immediate form than the ECHR, which should not, of course be undermined.

“It should also be noted that the proposed new convention, like the recommendation before it, will recognise obligations imposed on lawyers as well as their rights.

“This reflects the fact that the essential role of lawyers in the system of justice and the protection of the rule of law requires that members of the legal profession must maintain certain standards.”

The CCBE said in the contribution that the convention could be “open to ratification by non-member states of the Council of Europe”, as a means of enlarging the territorial scope of the protection.

Three particular issues would need “particular attention” when incorporating the recommendation into the convention – the scope of legal professional privilege, who is a ‘lawyer’, and the role and protection of professional bodies.

The CCBE called for “all necessary measures” to be taken to respect the “confidentiality of the lawyer-client relationship”.

It said Bar associations and other professional bodies should be “self-regulatory bodies, independent of the authorities and the public”, and with compulsory membership.

“All necessary measures” should be taken to ensure everyone had “effective access to legal services” provided by independent lawyers, with governments ensuring effective assistance by lawyers to vulnerable people.

On discipline, the CCBE said professional bodies should be responsible for, or entitled to participate in proceedings, which should be subject to the ECHR, to judicial review and the principle of proportionality.