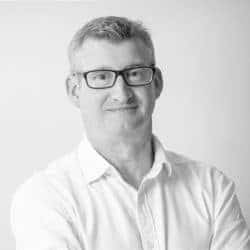 A planning consultancy has created an alternative business structure (ABS) to handle the legal work associated with planning applications, hoping to capitalise on fears of small law firms that they might lose clients referred to larger firms.

Origin 3 Legal, which received its ABS licence from the Solicitors Regulation Authority on 20 January, is owned by its head of legal practice, solicitor Graham Cridland, and two directors of Origin 3, an established planning and urban design consultancy in Bristol.

Mr Cridland will work in both bodies, depending whether the legal work is regulated or non-regulated. Regulated aspects of Origin 3’s work consists mainly of certain agreements which are deeds.

Mr Cridland was until November 2019 a partner and head of planning at the Exeter office of south-west law firm Ashfords.

He told Legal Futures that the ABS would target smaller law firms without specialist planning law capabilities, which he believed “prefer to refer to a bespoke planning service that isn’t a larger law firm rival”.

It would also attempt to attract clients consulting with the ABS directly. If the business grew as planned, the ABS would take on more lawyers in due course.

He added that consulting early on in planning applications could pay dividends: “If we are in at the start, then what tends to happen with planning [is] when applications are being considered, hopefully there will be more work to follow and we have a really good understanding about what the client’s application is.

“We can have input into what some of the terms may be in the agreement and be able to deal with those at an early stage, as opposed to possibly unpicking them at a later stage when we are instructed at a later date.”