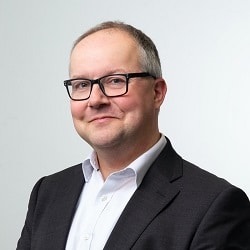 Graham: This is a firm, not a platform

The US law firm that pioneered the model of senior lawyers leaving big firms to take control of their own practices – and is the biggest of its kind – has opened in London, Legal Futures can reveal.

FisherBroyles – which describes itself as the world’s oldest and largest ‘distributed’ law firm – has 250 partners and turned over $98m (£76m) last year, putting it on course to become the first non-traditional practice to break into the list of the 200 largest law firms in America.

It has trade marked the terms ‘Next Generation Law Firm’ and ‘Law Firm 2.0’. The London office officially launched yesterday.

Unlike many of the similar practices in the UK, all of the lawyers working at FisherBroyles are partners, rather than self-employed consultants. They contribute 20% of their fees to the firm and are encouraged to work with each other, sharing their fees on an agreed split.

FisherBroyles was founded in 2002 by James Fisher and Kevin Broyles after the pair’s bid to take advantage of the dot.com bubble failed when it burst. They then focused on acting for growth companies with small budgets for legal fees and so had to keep their overheads low.

Headquartered in Atlanta, the firm now has 22 small offices across the US, but lawyers have the freedom to work wherever and whenever they want – there are no billing targets.

It only recruits partners who are a minimum of seven years qualified with experience at leading firms, and have a book of business of at least £3-400,000.

Speaking in London ahead of the launch, Mr Fisher told Legal Futures that he considered the firm to be the Amazon.com of the law – “so far ahead” of copycat firms that it was “virtually impossible” for them to catch up.

He described FisherBroyles as a “pure meritocracy” and was scathing about the traditional law firm model, with its short-term outlook and excess of decision makers, that was encouraging many lawyers to seek alternative ways to practise.

The key at FisherBroyles was aligning the interests of the clients, partners and firm. “We don’t care about how much a partner bills a client – we care first about getting the client and second keeping them for as long as possible.”

Joel Ferdinand, the firm’s general counsel and litigation group head, said clients wanted a change in how firms operated rather than how they billed: “They want a change in how you interact with them.”

There is a strong emphasis on partners collaborating, with some 40% work shared internally – the firm does not employ junior lawyers, so even more mundane work is handled by partners, but still at a lower billing rate than associates at large firms because of the greater efficiency and no need for a more senior lawyer to review it.

Mr Ferdinand said the advantage for clients was that “when the work comes back, it’s pristine” – plus they were not paying for associates’ “on-the job training”.

Not all of the partners have large books of business, meaning they were happy to take on additional work like this and work for other partners, he added, talking about the mix of “finders, minders and grinders”.

Mr Fisher said he did not believe that “any first-year lawyer in the US is worth [a typical big firm salary of] $180-200,000 a year”. But FisherBroyles was “quickly approaching” the status of being the kind of firm where “general counsel will never get fired for hiring us”. At that point, he said, the firm would begin an associate training programme.

“It won’t be heavily subsidised by clients,” he added, and the associates would be trained in a “much shorter time” because of their greater exposure to quality work.

Michael Pierson, who is the managing partner of the global corporate group, is splitting his time between the US and UK. He said the move into London was integral to the firm’s plans to expand its financial services practice, with an office in Singapore likely to follow.

“We have a lot of US law clients who have demanded English law capability,” he said.

Though setting up in London opens the door to alternative business structures, he said FisherBroyles has no need of external capital at the moment – the firm has no debt and made no capital calls on partners.

Mr Fisher said it helped that the UK market was already familiar with the model of firms like his, and he expected the London office to grow rapidly, reaching at least 20 partners by this time next year.

The first two solicitors to join in London are Rory Graham, a tech and outsourcing lawyer who has been a partner at several major firms in London and also had his own firm, Coffey Graham, and employment specialist Peter Finding, formerly a partner at Cambridge firm Taylor Vinters.

As well as Mr Pierson, four of the firm’s US lawyers will also spend time in the London office, including corporate lawyer Andrew Webster, who is dual-qualified as a solicitor.

Mr Graham said he and Mr Finding “have gone around with big smiles on our faces since we joined”, praising the freedom and entrepreneurial spirit of the firm.

He joined FisherBoyles rather than similar UK firms “because I want to be part of a firm where I’m collaborating with people – some just giving you structure. This is a firm, not just a platform…

“There’s a very strong incentive to behave in a collaborative way and I’ve never found that in any of my other law firms. It reflects the way people want to work and how clients want us to work.”