Pioneering ODR platform to rein in ambitions after commercial setback 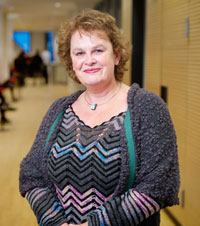 The partnership behind a pioneering online dispute resolution (ODR) platform for divorce is to be disbanded for commercial reasons, and the venture will be replaced by a scaled-down project that will for the first time involve face-to-face contact with lawyers.

The Dutch Rechtwijzer – which translates roughly as ‘signpost to justice’ – led the world in the use of interactive online ‘guided pathways’ when it was launched in 2007.

It is understood that its unsuccessful drive to move into other jurisdictions has led to a drastic scaling back of the project.

The three-year collaboration between the Hague Institute for the Internationalisation of Law (HiiL), the Dutch Legal Aid Board (DLAB) and the US dispute resolution firm Modria – a spin-off from eBay/PayPal – will be dissolved in July.

Its successor, Justice42 (‘justice for two’), will focus exclusively on the Dutch divorce market when it is launched later this year.

The latest version of the Rechtwijzer system, version 2.0, is a more ambitious ODR package launched in 2014. It is a combination of interactive self-help and online information that, where appropriate, takes clients through managed pathways, negotiation with the help – if required – of mediators, followed by lawyer review and online adjudication.

The DLAB will continue to offer the platform on the Rechtwijzer website. DLAB Rechtwijzer project leader, Corry van Zeeland, formerly head of HiiL’s justice innovation lab, told Legal Futures she was “confident about the quality and the future of the platform”.

She added that the DLAB aimed “to boost innovation in the field of family law, help create a level playing field and… support separating couples with a high quality online platform”.

Ms van Zeeland reported there were about 35,000 divorces per year in the Netherlands. Rechtwijzer handles around 700 a year.

Rechtwijzer’s chief operating officer, Laura Kistemaker, HiiL’s head of external relations, said the platform “didn’t work out as anticipated”, but much of it had succeeded. “Most importantly, users felt supported and appreciated the tool. I think it makes sense to analyse what went wrong and to start over, building on what worked.”

Ms Kistemaker continued: “One of the lessons that were learned was that you cannot do everything at once. That is why with Justice42 we will fully focus on divorce in the Netherlands.

“We want to get that right before we start thinking about venturing into other jurisdictions. With a solid business model and good partners supporting it, we are confident it will be possible to turn this into something sustainable that will continue helping people to properly organise their divorces.”

She added: “In our new set-up we will ask our lawyers to have at least one face-to-face meeting to offer clients the possibility to meet the lawyer that reviews their divorce plan.”

In February, we reported that the UK relationship support provider, Relate, had put on hold its adoption of an ODR system for divorcing and separating couples based on the Rechtwijzer service. Relate, which received no government backing for the project, blamed lack of funding for the postponement.

In a blog, online justice expert Professor Roger Smith said the future of Rechtwijzer had been in doubt for some time.

He quoted from HiiL’s annual report: “We have not been able to make it financially viable in the way we had hoped.

“We learned that getting to a mutually-reinforcing partnership with the traditional justice institutions to scale up a platform like Rechtwijzer is difficult.”

Professor Smith said reasons behind the failure were that “HiiL was forced to be self-financing and there was dwindling public subsidy for this project precisely at the point where it became most ambitious in its move from version 1.0 to 2.0.”

He continued: “Some will, no doubt, say that this proves the foolishness of seeking digital solutions. They are too expensive for governments to fund and public funders cannot be as agile as private ones.

“Users, at this point, are wary of funding digital solutions to their problems out of their own money. On the other hand, it is not always the early adopters of new technologies that win out in the end.”

Professor Richard Moorhead of University College, London, writing in his own blog, speculated that a small numbers of users relative to the total of Dutch divorcing and separating couples may have contributed to Rechtwijzer’s lack of commercial success so far.

He continued: “Online courts have a compulsory element that Rechtwijzer did not but still there will be important things that need to be learnt if online courts are to work.

“This would not be to Rechtwijzer’s shame, far from it – it will be consistent with Rechtwijzer’s innovatory zeal, fail fast, learn from doing, build it again, build something different or build it better.”

Ms Kistemaker said: “An element of compulsion would of course greatly help online justice. But what probably will help even more is the obvious ongoing trend that people organise more and more aspects of their life online. They are wondering why this is not yet really possible when it concerns legal issues.”