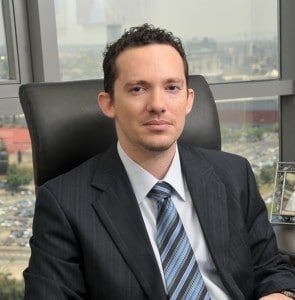 Fisher: “big change” on the way

Pekama, a legal tech company with investment from law firm Taylor Vinters, has launched a mobile app which it believes will trigger a “big change” in the way lawyers communicate.

Zeev Fisher, the chief executive of Pekama and a solicitor, said the app had been tested by three law firms and is designed to be white-labelled.

He said that until now law firms had “completely neglected” the mobile experience.

“At the moment lawyers use mobiles to send e-mails, then go back to their computers to check the context of the messages. They don’t have access to all the information they need.

“If you can get very quickly to that information and search it, you can really work from your mobile device.”

Mr Fisher said 70% of people now consume the internet first on their mobile devices, but existing apps for lawyers tended to be limited to personal profiles rather than enabling communication in a “meaningful way”.

Legal Futures reported in December that Taylor Vinters, which specialises in intellectual property, had taken a minority stake in Pekama – in what is understood to be the first investment of its kind by a law firm.

Mr Fisher, a dual-qualified solicitor and Israeli advocate, is himself an IP specialist. He said that since December, Pekama’s first “cloud-based collaboration tool”, designed for desktops, had been successfully pioneered in Taylor Vinters’ IP department.

Mr Fisher said the three firms which helped test the mobile app were all involved in advice on IP, but the app was “for any kind of lawyer to communicate with anyone”.

He went on: “If you want access to a previous document or e-mail exchange, or to see how much you’ve been charged so far, you should be able to wherever you are.

Pekama’s mobile app was launched at the end of last month in London. Mr Fisher said the app would be available for free to Pekama’s existing law firm partners and he expected it to be commercially available in three to four months’ time.

He went on: “Cloud-based, mobile technology such as Pekama frees us from the burden of capital projects we cannot afford, allows us to leverage the wider market, to be more flexible to client needs and supports the types of collaborative relationships with like-minded law firms and legal tech businesses that we believe is needed to sustain the future of independent law.”