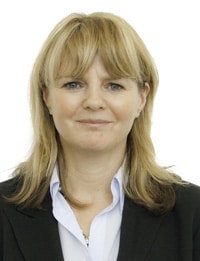 The first local authority alternative business structure (ABS) to be given a licence by the Solicitors Regulation Authority has been taken over by the second.

Lawyers at Buckinghamshire County Council have joined HB Public Law (HBPL), the shared legal service set up by Harrow and Barnet councils in London, making it the largest local authority legal team in the country.

HBPL, which did some work for Buckinghamshire before the merger, will handle all of the council’s legal needs. At around 150 lawyers the expanded HBPL practice is larger than Birmingham City Council’s legal services, which has 130.

HBPL was set up in 2011 and became an ABS almost two years ago, shortly after Buckinghamshire’s legal team formed the country’s first local authority ABS with Milton Keynes Fire Authority. It will accommodate some of Buckinghamshire’s staff, while others will work at the ABS’s Aylesbury office – its first branch office outside its offices at Harrow Civic Centre.

The link-up marks the latest step in a close collaboration between the councils, which already have a non-legal shared services arrangement. In March 2015 HBPL’s shared services director, Hugh Peart, became Buckinghamshire’s head of legal, dividing his time between the two authorities.

Jessica Farmer, HBPL’s head of legal practice, told Legal Futures that “at present” the plan was for the Buckinghamshire ABS to continue. She said the move was “a TUPE transfer of [Buckinghamshire’s] staff” and represented “an expansion of the shared service”.

She added: “We’re doing all of their work… childcare, property, employment, litigation, planning – the full range of work the county council requires.” HBPL had a loose relationship with Buckinghamshire before the tie-up: “We did a little work for them, but not much. Just bits and pieces”.

HBPL had no plans for further expansion, she said, adding: “But who knows?”

In common with HBPL, Buckinghamshire had a partnership arrangement with public services law firm Bevan Brittan.

A spokesman for Birmingham legal and democratic services said the practice currently had 130 lawyers and “25 part-qualified fee-earning staff”. It is understood that Kent Legal Services has some 125 lawyers.