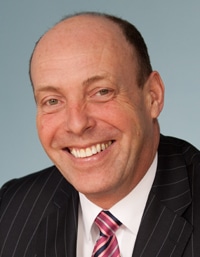 The law firm that yesterday agreed to be bought by Quindell Portfolio did so in the face of a “future laced with uncertainty” for personal injury practitioners, its managing partner has told Legal Futures.

David Pinto, a former chairman of the Motor Accident Solicitors Society, said Quindell made the approach and that the offer was appealing given that there is “a world full of unintended consequences coming to us next April” as a result of the Jackson reforms, portal extension, referral fee ban and so on.

“I think they [Quindell] have a great business model that could very well be the future of how things will look… It makes a lot of sense to me.”

He added that as both he and senior partner David Potts – the firm’s two equity partners – are in their late 50s, “we were starting to look at exit strategies”.

The move will mark a shift for Pinto Potts, which hitherto has not handled work for insurers. Mr Pinto said it made sense for Quindell as the firm brings expertise of multi-track personal injury work. “It’s going to be different,” he acknowledged, “but I’m quite excited about it.”

Meanwhile, Quindell, which is listed on AIM, issued its third-quarter trading update yesterday, saying that the first nine months of 2012 “have continued to be a period of significant progress for the group”. Turnover was £96m, with earnings before interest, taxes, depreciation and amortisation of £29m.

The statement said: “In May 2012 we announced that we had won a contract worth circa £120m [3] over a three-year period that uses a combination of one or more of our insurance outsourcing service offerings. This is now well underway and has contributed to our strong performance in the third quarter.

“In addition our legal services, accident management and credit hire outsourcing businesses have continued to sign significant new business, increasing run rate volumes that will further strengthen their performance going forward. The pipeline of contracts has strengthened further with a number of new pilot projects progressing successfully and active contract discussions underway with a number of top tier insurers.

“We are at verbal stages with a number of major contracts with final terms under negotiation, at a similar scale or larger than the previous £120m contract announced.

“Following the completion of the agreement with Silverbeck Rymer on 27 June 2012, our revenues and profits have benefitted considerably from 1 July 2012. However, the acquisition and full integration into our balance sheet is awaiting ABS approval from the Solicitors Regulation Authority.”