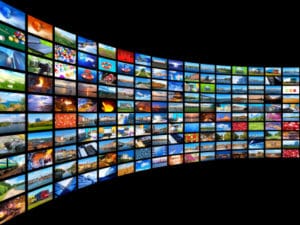 TV: a lot of unpaid licences

The government should pilot its plans to digitise low-level summary convictions with TV licence evasion, rather than train and tram fare evasion, the Law Society has said.

The Ministry of Justice (MoJ) issued a limited consultation following the vision statement on the transformation of the justice system published in September together with the senior judiciary.

One element was the pilot to deal entirely online with summary-only, non-imprisonable offences, with the MoJ suggesting that it could handle railway and tram fare evasion, and cases of possession of an unlicensed rod and line.

In its response to the consultation, the Law Society said the fishing offence did not generate enough volume to trial how an online system could operate effectively with high levels of web traffic, or save much magistrates’ court time.

Similarly, it said most fare evasion offences involved elements – such as dishonesty – that made them inappropriate for the pilot and those that did not were not of sufficient volume.

Instead, it recommended a two-year pilot of TV licence evasion: “[This] is a national and growing problem, with increasing levels of detected evasion rates and prosecution… In 2013 in England and Wales 153,354 people were found guilty and, of these, 152,649 were fined for watching or recording live TV without a TV licence.”

This offence is strict liability but accounts for approximately 10% of magistrates’ court time.

The society added: “Most importantly, the consequence of pleading guilty to this offence online will not result in a criminal record and will obviate the risk of limiting future employment or travel opportunities for the defendant.”

The consultation said that if the pilot was successful, the MoJ planned to bring other offences, particularly certain road traffic offences, into the system in future.

The society responded: “Any online process must be robust enough to be able to effectively identify that the person entering the plea is in fact the person who committed the offence… Online pleading does not require a person to be seen or heard, creating an easy opportunity for fraud.

“Any proposal to include offences that will result in a criminal record if the person pleads guilty online should be subject to a further consultation and following the analysis of a two year pilot.”

Saying statutory fixed fines were inappropriate for the pilot, the society said: “The imposition of statutory fixed fines can have long term consequences for person entering a guilty plea, including in a criminal conviction which will appear on a Disclosure and Barring Service (DBS) check. This could have serious implications for an individual in the future when applying for a job.

“It is essential that those entering a plea online are fully aware of the long-term consequences of doing so. There is a risk that placing certain offences online trivialises them, as the formality that would ordinarily be present in the physical court is not effectively translated or replicated in a digital environment.”

The response also expressed concern about whether the MoJ has properly thought through how it will assist people who struggle to cope with its system of online justice.

It said the proposals in the consultation paper did not contain sufficient detail to determine whether the measures would be enough, nor whether they had been properly budgeted for. Also, end-to-end security and privacy were not addressed.