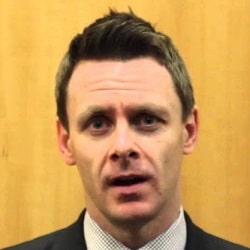 Jones: Lack of protection for insurers

Indemnity insurers have warned solicitors that they will suffer the consequences of the Solicitors Regulation Authority (SRA) maintaining that policies cannot be cancelled for non-payment of premiums or excesses.

The International Underwriting Association (IUA), whose members underwrite most of the indemnity insurance cover for law firms, said small firms involved in conveyancing would be particularly badly hit by restricted choice and higher costs ahead of 1 October, when most firms still renew.

In an unprecedented ‘open industry letter’ to law firms, the IUA said it had been talking to the SRA over the past few months about the non-cancellable cover provided by the minimum terms and conditions of cover to which insurers have to sign up – in particular the six years of run-off cover.

The IUA said it proposed changes to the minimum terms that would mean policies could be cancelled in the event of non-payment, payments of excesses could become mandatory and would be deducted from claims, and payment for run-off cover would become compulsory at inception.

These changes were necessary, the IUA said, because the effects of Covid-19 and were “undoubtedly more systemic and potentially more deeply damaging” than the 2008 financial crisis.

“In short, the economic difficulties are clearly only going to get worse in the immediate and near future, with a greater likelihood of a large number of firms not being in a position to pay excesses, premiums and ultimately becoming insolvent and/or unable to practice.”

The IUA said the credit risk taken on by insurers for the non-payment of premiums and excesses could become “commercially unacceptable”, leading to a restriction in the supply of insurance “across the board”.

The fact that insurers were seeing an increase in requests for payment by instalments was “indicative” of the economic pressure solicitors were facing.

The IUA said it welcomed a review by the SRA of its supervision and enforcement processes where premiums were not paid, but this would do little to address the “core concerns”.

“The current situation is contrary to established contract and insurance law principles and goes far further than other regulated professions and, indeed, the rules of the Financial Conduct Authority…

“We will continue our engagement with the SRA but, regretfully, meaningful change will not be in place before October and the implications of this will be seen in due course.”

Chris Jones, director of legal and market services at the IUA, said insurers had “shown their willingness to work with other professions that are struggling to mitigate the short-term economic effects of Covid-19, but the complete lack of any protection around payment of premium and excesses makes it far more difficult to do this for solicitors”.

He added that the IUA was not proposing any change in the scope of insurance offered.

An SRA spokesman said: “Everyone will be aware that we have recently undertaken a comprehensive, two-year period of consultation on insurance issues, including looking at a fundamental review of our minimum terms and conditions.

“Late last year, our board decided that in the light of feedback from the profession and consumers, the risk to client protection meant there would be no changes to the cancellation of run-off cover due to the non-payment of premiums.

“It will be some time before the implications of the Covid-19 pandemic are fully understood but we, like everyone else, are monitoring it closely.

“We have been talking with the insurers and are working with them to mitigate the risk of non-payment of premiums while maintaining this important consumer protection. We will continue those discussions over the next few months.”

Simon Davis, president of the Law Society said the society understood the concerns of insurers but was mindful that the “primary purpose” of indemnity insurance was to protect clients and the public.

Mr Davis said the society agreed with the IUA that non-payment of premiums or excesses by a minority of solicitors was a “serious matter” and if the problem was not addressed, it could drive insurers from the market.

“We have offered to work with the SRA and the IUA to reach a mutually acceptable solution, and have suggested that as an interim measure the SRA should be more willing to take regulatory action against solicitors who do not make the requisite payments.

“These are difficult times facing the legal profession and the economy as a whole, so it is vital that we maintain a competitive market for professional indemnity insurance.”

Last month, the Law Society warned [1] that the combination of Covid-19, Brexit and an already hardening insurance market meant firms were facing a 30% increase in their premiums this year, and even more for those with bad claims histories.