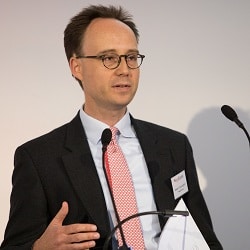 The professional indemnity insurance (PII) market is challenging for renewals this year, but firms can help persuade jittery underwriters of their case for cover by showing that they have taken steps to mitigate risk, last week’s Legal Futures Regulation and Compliance Conference was told.

Both Marc Rowson – the vice-president of broker Lockton – and solicitor Robert Crossingham, a Weightmans partner who sits on the Law Society’s PII committee, said firms had to respond to a hardening insurance market by proving they were risk averse themselves.

Mr Rowson said uncertainty around Brexit was a factor making underwriters nervous and one consequence was that they were willing to offer only 12-month policies as standard rather than 18 months or more.

Both men agreed that a 2018 Lloyds of London review, which found non-US PII was the second worst-performing class of insurance, had led to a shrinking of capacity, as had the withdrawal from the solicitors’ PII market of Libra Managers soon afterwards.

Mr Rowson said the hardening market was a reaction to an era of over-capacity with falling premiums, plus a rise in claims severity.

But they said that while renewals this year would be challenging, there was still capacity in the market, particularly for firms with a good risk profile.

Mr Rowson stressed that firms had to put their “very best foot forward”, meaning they had to show they were educated about risk management, aware of the dangers of cyber-crime, and really understood their clients.

Firms should make their renewal presentations with care and demonstrate they had a clear vision. “What is the outlook for the future – the goals and aspirations of the firm? Insurers really want to know this.

“What is the journey of the practice; where is a firm going? This is becoming more and more important,” he said.

Mr Crossingham said underwriters were wary because, while claims volumes were falling, claims values were tending to rise.

As well as Brexit, insurers could see a rapid change in risk arising from “property development transactions, ground rents and leaseholds, commercial work, probate work… because families are becoming more complex… and also the sums involved [due to] increasing property values will be bigger… thus more liable to being litigated over”.

It was vital that firms presented a “happy picture” of a “sophisticated practice that doesn’t dabble” in unfamiliar areas of law, he said.

Both men highlighted fraud of all kinds as a perennial risk that firms had to show insurers they were alive to.

Mr Crossingham said frauds where innocent purchasers lost out because a fraudster, having changed “name by deed poll, gets bona fide documents in the false name, goes into an estate agent and says ‘please sell my house’”, were “happening again and again”.

Mr Rowson observed that, paradoxically, an underwriter might be less concerned about a firm having a record of claims against it but having put measures in place to ensure no repetition, than a firm with a clean claims record that appeared complacent.

“Having a claim is fine, but we see too many claims where firms say ‘we had a claim but that individual is no longer with the business’. That’s great but it doesn’t really address the issue.

“If you have had a claim, really articulate the issue – why it happened and what’s been done to prevent a recurrence?”

He underlined the importance of building personal relationships directly with underwriters. Brokers could set up meetings with them if necessary.

“Knowing your underwriter, and them knowing you, will go a very long way [towards] helping them differentiate those firms they want to keep and add to their portfolio.”

Both men said they believed the LASPO reforms were having an impact on PII, not least because high-volume PI firms were moving into unfamiliar litigation.

Mr Rowson said he was aware of certain firms who “suddenly had become expert in cavity wall insulation”, causing concern among insurers.

“It’s fine if they’ve got the right people do the work, but, if they haven’t, there’s going to be scrutiny on that”, he said.

Mr Crossingham said one consequence of the reforms was consolidation in the legal market.

Where in the past many smaller claims would be made by a large number of firms, spreading the risk among insurers, post-Jackson they were more often from “one firm, with the result that one notification will result in a much bigger loss than the earlier, separate, ones”.