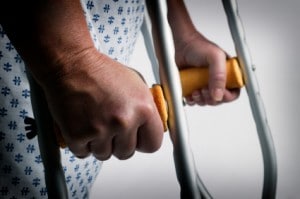 Personal injury lawyers in small and medium-sized firms are akin to climate change deniers by not recognising how their market has changed or planning for the future, a survey published this week has claimed.

The results of the survey by Manchester-based Bennett Jones Insolvency suggested that although potential work-in-progress (WIP) buyers are lining up in increasing numbers – such as the earlier this week – there are actually very few sellers at the moment.

It also suggested that PI firms are sitting on cash reserves – money that would previously have been spent on referral fees – that mean they are not currently in the financial difficulty that many expected, but that this will change in a year or two as this money dwindles.

Of the 110 firms polled, 58 were in the market to acquire more cases to a greater or lesser extent, while the rest were continuing to trade as they were.

Greg Mullarkey, a solicitor turned licensed insolvency practitioner at Bennett Jones, said firms are failing to take account of the longer-term impact of the referral fee ban and cut in RTA portal fees: “It appears that we may be presently in a period of trading for solicitors where existing cases are gradually being concluded and fees paid under the terms of the pre-April 2013 regime.

“As new cases are not being acquired in the same numbers as before April 2013, solicitors are seeing work in progress being converted to cash and the surplus cash is not being invested in new cases.”

He said the survey showed that solicitors know their business models have changed and recognise that the effects could be catastrophic, “but as with climate change deniers there is a reluctance to face facts because this then results in difficult decisions having to be taken regarding the future of their businesses”.

But firms need to take positive action now, Mr Mullarkey argued. “It appears that solicitors fear if they act with regard to the April 2013 changes, this will involve an immediate change for the worse to their present standard of living and there is a view that life is already hard enough without making further sacrifices.

“The consequences of not acting are, however, clear and if action is not taken, these consequences are likely to be catastrophic for many members of our profession.”