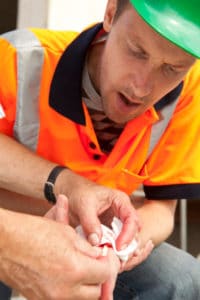 The judges on the front line of low-value personal injury (PI) litigation have added a powerful voice of opposition to the government’s proposed reforms, saying the civil justice system could become “unworkable” as a result.

The Association of District Judges’ (ADJ) response to the Ministry of Justice’s consultation, seen by this website, said that if the reforms “are to be considered further at all, then we would strongly recommend that they should be deferred as part of the huge and ongoing reform project in relation to civil litigation due to complete in 2022”.

In a response that adopted and built on the highly critical comments of the judiciary’s civil executive team, the ADJ’s civil committee – chaired by District Judge Richard Lumb, who sits in Birmingham – suggested that the removal of a right to compensation altogether may be incompatible with the right to fair trial in article 6 of the European Convention on Human Rights.

It continued that district judges have “grave reservations” about the proposal that non-road traffic injuries should be subject to a fixed tariff of compensation – “at much lower and seemingly arbitrarily as opposed to evidence-based levels than present.

The ADJ recognised that an elected government has the right to introduce such a system, if lawful, but added: “We do not view this as an improvement on the traditional system but would warn that it could lead to very significant problems and difficulties in the operation of the court system that could become unworkable, particularly by the proposals to reclassify these claims as ‘small claims’.”

It said the government appeared not to foresee these “highly undesirable difficulties”, because its impact assessment only referred twice to the impact on the court service – as ‘neutral’ and ‘negligible’.

Saying that a six-month injury did not fall within the definition of ‘minor’ – and that duration of injury is but one factor that should be taken into account – the response argued that the types of injuries captured by a £5,000 small claims limit would “extend far beyond the initial group of soft-tissue injuries caused in RTAs”.

It continued: “Many of the injuries are more likely to be caused by accidents in the workplace, which often include complex areas of law and evidence which may well be beyond the capabilities of unrepresented parties to present.”

The ADJ also said it saw “no justification” for removing compensation for genuine psychological injury “and no evidence to support the need for a change”.

It added that while the consultation appeared to assume that litigants in person (LiPs) would be given access to the portal, “no explanation is given as to how any necessary adaptations to the portal system could be achieved”.

Without this, claims could cause a “drain on insurers’ resources in comparison to an efficient system presently operated on both sides by professionals”.

The district judges pointed out that 90% of portal cases where liability is not in dispute settle without any need to involve the court at any stage. “A large proportion of this would need to be dealt with within the court system and eventually possibly within the Online Solutions Court… This will need more staff and judicial resources.”

These were resources that did not exist, they said, with many of the larger court centres already having difficulties in finding sufficient deputy district judges to deal with small claims lists. As well as reducing the variety of judicial work – making appointment even less appealing – this shortage would push cases up the line.

“An avalanche of small claims that could only be dealt with at district bench level could have a consequential back-flow effect of pushing work up to the circuit judges and beyond, jeopardizing the huge strides made for reform of civil justice.”

The response made clear that district judges feared an explosion of LiPs and professional McKenzie Friends. Supporting a ban on fee-paid McKenzie Friends, it said allowing them to charge “would support and even encourage proliferation of such unregulated work”.

“Many members of the ADJ have had poor experiences of professional McKenzie Friends… issues of poor preparation and references to Magna Carta or human rights are not unusual.”