PI market “holding up” despite threat from reforms 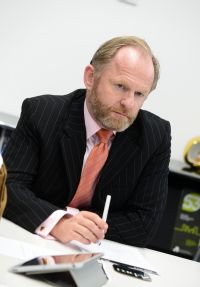 The personal injury market is holding up, despite the threat of a “major decrease” in value if the whiplash reforms go ahead in 2020, new research has found.

However, the UK Personal Injury Market Report 2018 found that the proportion of firms reporting an increase in workload this year increased from 32% to 39%, while those growing their revenue increased from 45% to 50%.

Looking to the future, firms are considerably more optimistic than the previous year, with a 10% increase (35% to 45%) in those expecting their workload to increase over the next 12 months and a similar-sized fall in those expecting it to decrease (15% to 5%).

They predicted that law firms would embark on “contingency plans” this year to cope with the reforms, including mergers and acquisitions, adding related business activities, investing more in new technology and expanding other consumer law areas, such as family law, conveyancing, wills and probate.

The researchers commented: “Government reforms impacting on PI claims were due to be put in place in April 2019 but the news that they have been delayed until April 2020 offers some short-term respite for the beleaguered PI sector.”

Meanwhile, personal injury pressure group Access to Justice (A2J) has pointed out that figures from the Department of Work and Pensions Compensation Recovery Unit showed an 8% fall in the number of RTA claims in the first half of 2018 compared to the same period last year.

Andrew Twambley, spokesman for A2J, said the data was further proof that the government should rethink its reform plans.

“Motor claims have fallen by 15% overall since 2015, when the reforms were first announced (November 2015), and between the 2016/17 calendar year alone they dropped by 10%, so the decline is accelerating.

“The MoJ has announced that the reforms will be implemented in April 2020, so if the current rate of decline continues at a conservative 10% annually, nearly 40% fewer claims will be recorded by 2020 without any reforms to the current system.”

Mr Twambley added: “Government ministers say there is no downwards trend in motor claims but they cannot ignore their own figures. The so-called whiplash epidemic is disappearing under their very eyes.”