PI Futures: government reforms may have been delayed but “they’re coming” 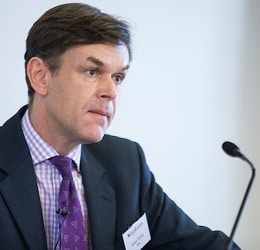 The personal injury reforms (PI) first announced 10 months ago are still coming, despite the Brexit hiatus – so claimant lawyers have to be prepared, they were told at last week’s PI Futures conference in Liverpool.

Alistair Kinley, director of policy and government affairs at leading defendant firm BLM, said the default assumption had to be that change would happen, a sentiment shared by other speakers.

Although there is now a different prime minister, chancellor and justice secretary since the initial announcement in last November’s Autumn Statement, Mr Kinley pointed to the short six-week response period to the recent Transforming Justice consultation.

“The paper is confirmation that after the hiatus of Brexit, the wheels of government are beginning to move,” he said. “These sorts of initiatives need to get moving and need to get done before we come up against the supertanker of Brexit [after article 50 is triggered], which is really going to change Whitehall policymaking and take it over to a huge extent probably from some time in the second quarter of next year, for quite some time.”

The Ministry of Justice plans to remove the right to general damages for minor soft tissue injuries and increase the small claims limit for personal injury claims from £1,000 to £5,000, but no consultation has so far been published.

Several speakers at the sold-out conference suggested that a more open and collaborative relationship between claimant and insurer firms was the way to help a government short on resources and lacking in knowledge to make changes to the PI process.

Martin Coyne, director of campaign group Access to Justice, described the PI reforms as “poorly researched, unfair and wrong”. But he said “we are prepared to discuss collaboration with the dark side”.

Speaking from the floor, Tim Wallis, who chairs the RTA Portal company, said it was inevitable that there would be a fight, but he urged lawyers on both sides of the fence to collaborate and present a compelling solution to a government that is “extremely short of resources”.

Mr Kinley suggested that firms and insurers establish a common set of data to present to the government, instead of “railing against” each other’s figures. “Stop, reflect and craft a solution. It is more productive than to expect government to come up with one,” he said.

Outlining Access to Justice’s plans to fight the reforms, Mr Coyne said it intended to prove that the “case for change is predicated on myth, misinformation and distortion”.

He called on the profession to put its “moral and financial” support behind the campaign, which he said has the data, organisation, unity of purpose, and lobbying team needed to influence government.

He told the conference that the group has instructed insurance actuaries to “expose the disingenuous promise” by insurers of a £50 premium reduction and show that the data from insurers, which has influenced the proposals was “flawed, partial and misleading”.

Mr Coyne also urged all PI firms to complete an online economic impact survey being carried out for it by Capital Economics.

He said: ‘This is the last chance saloon. These draconian proposals mean clients will be prevented from pursuing their rights forever, and if they are implemented, PI firms will see their turnover fall by 80%, resulting in mass unemployment, run-off and closure. Act now, believe and make a difference.”

Echoing the need for action, Brett Dixon, vice-chairman of the Association of Personal Injury Lawyers, said coordinated work with the Law Society and Motor Accident Solicitors Society to prepare for the consultation was “well underway”.

But he voiced concern that the proposed reforms were a distraction from other issues, such as changes to the law on bereavement damages and psychiatric injury, the introduction of mandatory public liability insurance, and increasing the cap on criminal injuries compensation.

Mr Kinley also said that the short consultation period over the Transforming Justice paper was an indication that the Ministry of Justice is “keen to get on and has the support of the judiciary”. This may indicate that proposals for fixed recoverable costs could come out before the end of the year.