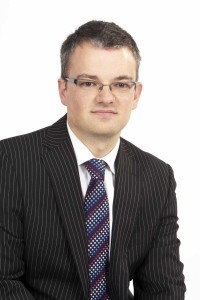 Patey: referral fee ban will be positive for firm

Personal injury firms need scale to survive in future, a Manchester law firm has warned as it gears up for a £3m investment into growing its practice.

Robin Patey, a partner at Express Solicitors, said the combination of alternative business structures, the referral fee ban and plans to extend the RTA portal – which is likely to squeeze margins – meant that firms will need to be able to handle volume in future.

Express yesterday announced plans to take on 40 new employees to add to its existing 80, invest over £1m on a new property and double its marketing spend from £750,000 to £1.5m over the next 12 months.

The six-partner firm says it is making the investment “in order to increase its market share and become one of the UK’s market leaders in the personal injury arena”.

Express is a member of InjuryLawyers4U and

does not buy referrals from claims management companies (CMCs). It otherwise mainly markets through the web, and has introduced longer opening hours and weekend opening among other service changes. Its caseload grew by 41% in 2011.

Mr Patey said the decision to make the investment was prompted by the introduction of ABSs, which he predicted “will inevitably lead to the consolidation of smaller firms”.

Express wants to expand rather than consolidate, he continued. “Even though we had a fantastic 2011, we still only have a small market share in what is a very buoyant sector. It is our ambition to become one of the major national players; yet one which remains independent and continues to deal directly with the public rather than work through claims management companies.”

InjuryLawyers4U believes that it will not be caught by the referral fee ban, said Mr Patey, and the ban “is not going to affect our business except in a positive way”. He said the exit of some CMCs once the ban comes into force means there will be more work the firm can target directly.

Express will have to become an ABS itself because it is a legal disciplinary practice with a non-lawyer partner, but Mr Patey said there were no current plans to make more extensive use of the extra opportunities presented by ABS status. “We don’t rule it out for the future but the market needs a bit of time to settle down.”