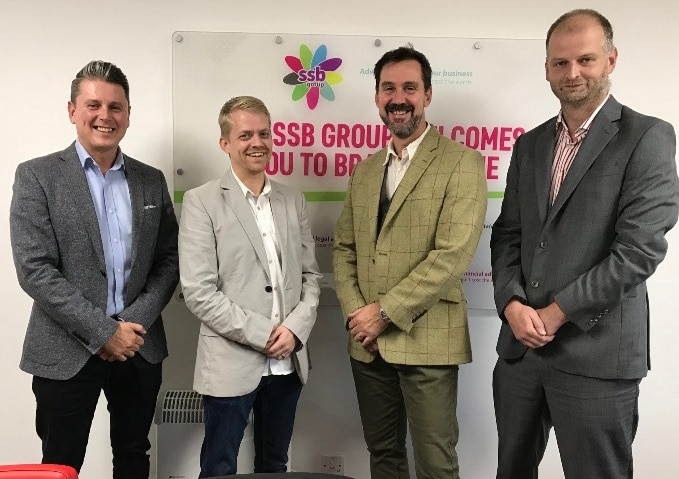 Personal injury firms in Sheffield and Macclesfield have merged and created a new alternative business structure (ABS), sending a message that they intend to ride out the upheaval next year’s reforms are already causing in the market.

SSB Law, which also handles some private client work, has joined forces with Imperium Law to create a practice with a turnover of around £5m, with two offices and 50 staff.

Sheffield-based SSB was already an ABS as two of its three partners – Wesley Bower and Steven Westwood – are not lawyers, but it has had to give up that licence and seek a new one to create SSB Group for the two firms, as well as SSB Compliance and SSB Financial Services.

The two offices will retain their existing names and branding, however. Imperium has brought about 20 people to SSB.

“The joining of the two businesses strengthens our position in the personal injury sector significantly, at a time when many practices have moved away from this area of law due to external changes in the market.”

Mr Jackson added: “The merger will enable us to take advantage of opportunities smaller firms are often excluded from, whilst expanding the range of services we offer to include private client matters and financial services.”

The group plans to invest further in marketing, technology and the partners are considering further acquisitions, saying the firm has also attracted interest from “significant international investment funds”.

Mr Brooke said: “There’s a level of scale required to be successful in the personal injury market now and we have held discussion with a number of parties about ways we can work together in the future, be that through acquisition or strategic partnerships.”

SSB specialises in PI claims that other firms have decided not to pursue; Mr Bower told Legal Futures that it takes on about 28% of such cases that it looks at, and has an 88% success rate with them.

The firms that pass on these cases – which can be for various reasons, Mr Bower said – receive 20% of the fees generated.

Mr Bower said SSB needed the extra capacity that Imperium offered, as it looked to make the best of next year’s reforms. He said he was confident that, with some “tweaks”, the newly enlarged firm would be able to continue to prosper.

He suggested it was mid-sized firms that were panicking most about the April 2020 reforms, with partnerships unable to agree on what to do. He said one firm offered SSB its whole personal injury caseload – with billings of £300,000 a year – for free so long as they could preserve their costs.