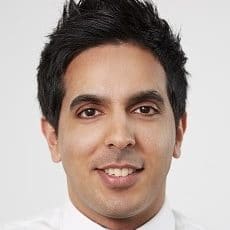 Anwar: This is an opportunity

Personal injury (PI) law firms are failing to adapt to clients using less traditional methods of contacting them by not responding when clients call them out-of-hours or via Facebook, according to mystery shopping research by First4Lawyers.

The research, Creating a customer-first culture – conducted by customer experience specialist Insight6 – saw mystery shoppers contact 52 PI firms by telephone during the working day and also between 5.30pm and 7.45pm, as well as via their Facebook pages, and rank their experience of the contact and efforts to convert them into clients.

Nearly a quarter (24%) of out-of-hours callers managed to speak to someone when they called, while a further 56% were able to leave an answerphone message. However, there was no facility for 18% to do so. One firm’s answerphone was full and could not take any more messages.

Only 8% of callers actually managed to speak to a fee-earner/expert when they called, while a similar number received a call back that same evening. But 67% did not hear from that firm within two working days – the latest allowed for in the research.

The findings indicated that many firms were approaching Facebook well, with 64% of shoppers saying they had either a ‘very positive’ or ‘positive’ impression of the firm based on the Facebook page alone.

When they sent a message via Facebook, the best firms (12%) responded online within 15 minutes, while 32% did so within a very respectable two hours, while a further 14% replied the same or following day.

At the other end of the scale, however, 32% did not reply at all. These figures exclude automated responses.

For the calls made during the working day, all the shoppers said the phone was answered with a “genuine welcome” and almost all said their enquiry dealt with in a “polite and enthusiastic manner”.

Where the call handler could not put the call through to a fee-earner, 83% asked for contact details for a call-back, but only a third were given an idea of when the call-back would take place.

Both figures, particularly the latter one, were notably lower than the similar research First4Lawyers carried out last year. And of this group, more than half did not receive a call-back at all.

The company said the good news was that the people dealing with the substance of calls – either fee-earners or well-trained call-centre staff – generally scored well.

But where they were not so good was in ‘selling’ the service. Two-thirds explained how the firm could help and just 56% outlined the cost structure of the claim, while only 44% actually outlined the benefits of using their firm.

Echoing last year’s results, law firms were failing to follow up – they gave the information and then left it at that: only 30% of call handlers offered to send any further information, while just one in five said they would make a follow-up call. And of those, just a third actually did.

Qamar Anwar, managing director of First4Lawyers, said: “Next year’s Civil Liability Act reforms will change the PI market in a way not seen for a generation.

“The old ways of practicing are over. For firms to survive and thrive in the new world, they cannot afford to sit and wait for the business to come to them – they need to do everything they can to attract and convert clients.

“While this year’s results have not found any serious deterioration in the way firms deal with standard incoming telephone enquiries during the working day – nor any notable improvement, it should be said – they do give cause for concern for how they cope with non-standard enquiries. And calls after 5.30pm and contact via Facebook are not really ‘non-standard’ in 2019.

“The good news about the bad news is that this is an opportunity. Standing out in a competitive market where there are areas of significant underperformance and industry challenges could bring major rewards very quickly.

“None of the issues we have identified in this report are especially difficult to resolve – they just need commitment and some investment.”