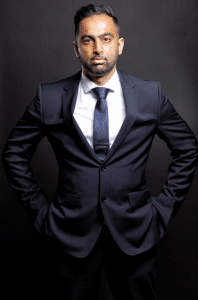 A north-west personal injury law firm plans to more than double in size, invest in a new £7m landmark office building as part of its employee retention policy, and open branch offices in the Middle East and Asia.

Bolton-based Asons, which currently employs 270 staff and has almost doubled its annual turnover – from £9m last year to a projected £17m this year – explained its intention to be the “last man standing” after the Jackson reforms, but said an alternative business structure (ABS) was not suitable.

Practice manager Imran Akram, one of five brothers who run the firm – two of them legally qualified and the others, including him, businessmen – told Legal Futures the size of the firm’s current offices were becoming a brake on its growth. The firm only opened five years ago.

The new building, which is due to house 300 extra staff, will be completed by 2015 and is a joint venture with the firm’s bank, HSBC – “although we could fund it ourselves”, he added. It is planned to be a landmark building that includes a gourmet restaurant and glass projection technology.

He said the firm was expanding rapidly through organic growth. The referral fee ban meant “we don’t buy work any more – we were spending £1m a month on buying work but now we do our own marketing, so it’s self-generated work”.

Mr Akram said there was “no point for us” in seeking an ABS licence. “With an ABS it doesn’t become personal any more; there is no soul left in the business. It’s all about the money then, isn’t it?”

He described the firm as “totally debt free”, adding: “When there is a massive change in any industry there will always be a last man standing and I think Asons is that firm. There are a lot of firms closing their doors…

“We started changing our structure well before April… we’re finding we are the opposite of everybody else and are going at a super speed. The only way we are slowing down a bit is we are running out of space.”

Of the 300 new staff, there will be an approximately 80% to 20% split of legal to administrative, similar to the existing workforce, he said.

The firm does a wide range of personal injury work, and is looking to continue to grow it, but in future, the plan is also to extend to commercial work. Asons is involved in community ventures and is a sponsor of Bolton Wanderers. Mr Akram said the firm funds both a graduate scheme and an apprentice scheme.

The firm’s long-term goals include launching satellite offices in Singapore, Dubai, New York and Pakistan, as well as London. It told a local newspaper it was hoping for a £100m contract from the Pakistan government.

Providing a prestigious home for its workforce was the firm’s main reason for creating a building with ‘wow factor’, said Mr Akram, who was born close to the town centre site. “There is no money motive behind it whatsoever… it is for employee retention and attracting new employees as well.

“When you’ve got all the big firms in Manchester, a lot of people don’t want to come to Bolton. They think ‘I want nice skyscraper offices in Manchester’.” Asons’ employee retention rate was 95% last year and is on target for 92% this year, against an industry average of around 55%, Mr Akram reported.

He described the atmosphere in the offices as informal, “like Google or Microsoft”, with senior managers working alongside junior staff. It was a paperless office, “so productivity is good”.

He denied that doubling the size of the firm would mean its “family” feel would be lost. “I think it’s [embedded] in the foundations. We thought that would happen when we grew to 270 employees, but I know every employee by name. I still do a one-to-one induction with anybody who joins Asons.”

He also said the firm was not influenced by local competition and would steer its own course: “We are just Asons; we don’t want to be like any other big firms, like Pannone or Irwin Mitchell; we don’t look at them and think ‘oh, we want to be like them’. We have a £17m turnover but zero debt.”