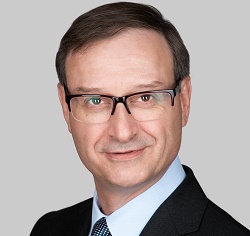 Mr Justice Ritchie ruled that Slater & Gordon (S&G) had to make significant disclosures to CMLF, including of the phone calls in which it signed up clients to check whether they gave informed consent.

He said: “One only has to listen to the audio recording of the sign-up process for Mr Turnbull to feel uncomfortable about lack of informed consent for the [unrecovered costs] clauses in the CFA.”

He was ruling on appeals against two decisions by Costs Judge Rowley: in Edwards, a group of 144 claimants challenges the process S&G used to sign them up and whether the clients gave informed consent; Raubenheimer, involving 140 claimants, concerns the allegation that S&G received a secret commission from an after-the-event (ATE) insurer.

S&G appealed the former decision that it disclose the audio recordings of the sign-up calls made with 10 clients.

But Ritchie J held that a costs judge has the power to order disclosure in a part 8 claim for a solicitor and own client assessment.

There was “no express rule” in part 8 dispensing with the disclosure provisions of CPR 31. It was in the interests of the parties, courts and justice that judges could make “whatever case management decisions they should need to make so as fairly to elicit the issues and to permit the parties to prove their claims and to achieve justice”.

But he added: “Disclosure should not be the normal order in [such assessments] because it is not usually needed and this judgment should not be taken as a licence to apply in all part 8 claims.”

Judge Rowley had rejected S&G’s application for a stay and security for costs, which was based on the argument that CMLF was acting champertously and/or providing insurance unlawfully by offering clients an indemnity, rather than ATE insurance, and further that it did not have the wherewithal to meet adverse orders for costs.

Ritchie J agreed with this decision. The indemnity was “more akin to a business expense used for marketing purposes than an insurance contract term”, he said. The unopposed evidence before the costs judge was that there was no ATE market for insuring adverse costs orders in costs assessments.

Further, the arrangement was not champertous as receiving assessed fees for legal work was not gaining from a share of the claimant’s damages

Ritchie J added: “I consider that it is in the public interest for claimants generally and these claimants specifically to be enfranchised to test the way in which those fees were explained, charged, deducted and calculated.”

S&G also failed to provide evidence to make any adverse ruling on CMLF’s impecuniosity. “Defence counsel’s rather harsh assertions about the invalidity of the listed £3m of assets owned by [CMLF] were nothing more than submissions by a barrister.”

In any case, weighed against the risk that S&G might not get paid if it won was “the principle that access to justice is important”.

The judge said: “All litigation is uncertain. No PI solicitors’ firm is immune from financial pressures as the financial history of many firms (some of which have gone bust and others of which have been taken over) during the last 20 years has shown.”

He went on to allow the claimants’ appeal in Raubenheimer and order that S&G respond to their part 18 requests about the ATE premiums.

Judge Rowley had held that the High Court, rather than a Solicitors Act assessment, was the appropriate venue to challenge the composition of an ATE premium. One issue at play was whether the whole premium should be placed in the cash account.

Ritchie J said: “I rule that, properly to facilitate the efficient handling of the next case management hearing, the part 18 requests should be answered so that the judge can get a proper grasp of the issues, the claimants can determine whether there is anything to worry about, or whether it is all a storm in a teacup, and the defendant can consider whether to fight or settle the claims for alleged secret commissions…

“Once the part 18 requests are answered and the defendant provides disclosure the Raubenheimer claim, it will go with the other lead claims in Edwards, for determination of where, when and by whom the alleged secret commission issues will be tried (or assessed).”

CMLF said it believed secret commissions have been widespread in the market since 2013 and this ruling could mean an estimated 1.4m former personal injury clients have claims against their solicitors. The sign-up process argument could lead to “significant refunds” for large numbers of former clients as well.

It said average refunds achieved to date were £734 but could rise to £1,000 “if we are right about secret commissions”.

The separate case of Belsner, also involving informed consent, will be heard by the Court of Appeal in July. CMLF said that, in all, it reckoned about 3.7m people could be entitled to a refund.

Mark Carlisle, founder of CMLF, said: “Not only is it a welcome victory for this particular group of former Slater & Gordon clients, but it clarifies the law in relation to this type of case generally, especially on disclosure of the electronic documents that are in modern times often key to the client sign-up process and the issues of informed consent that are bound up in that.”

He said he also welcomed the court’s acknowledgement that the role of the cash account was “fundamental” in these cases, and its accuracy and completeness “was not something to which solicitors can just pay lip service anymore”.

Mr Carlisle continued: “Both points provide considerable protection not only to our clients, but to all consumers of legal services now and in the future.

An S&G spokeswoman said: “We are disappointed by the judgment on these interlocutory matters. However, it should be noted that it is not a decision on the merits of the case.

“S&G still have full confidence in our actions and fully expect to be able to justify our entitlement to payments received from former clients.”