PI firm which diversified could quadruple in size 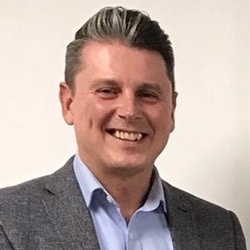 A former specialist personal injury firm which has diversified into other kinds of volume litigation could quadruple in size by the end of next year.

SSB Law, which currently has around 50 staff, plans to recruit 150 more “with immediate effect” for its main office in Sheffield, making it one of the biggest law firms in the city.

SSB, an alternative business structure, merged earlier this year with Imperium Law, another personal injury firm, which retains its own brand and office in Macclesfield.

A spokesman for SSB said non-PI volume litigation, much of it “property-based”, held the key to its rapid expansion.

He said Wesley Bower, a director of SSB, was currently negotiating a contract for a “very substantial” amount of litigation work, and there were two others in the pipeline for “completely new areas of work”.

The spokesman said the recruitment drive had “already started”, to deal with work that had already come in, with a number of new staff joining in the New Year. “The challenge is finding people with the right skills.”

The spokesman said the focus was now on “claimant-led litigation work” in “four or five different areas”, spreading the risk for the firm.

SSB will continue its specialist work on PI claims that other firms have decided not to pursue.

On the whiplash reforms, scheduled for April 2020 but widely expected to be delayed, he said SSB had “diversified enough as a practice over the last two years not to be beholden to these changes any more, though we will be watching very carefully”.

SSB’s volume litigation department will be housed in new offices in the Victoria Quays development in Sheffield.

Mr Bower commented: “We’ve secured several long-term sources of work this year, with numerous other opportunities currently in the pipeline.

“Our new office space will lead to us becoming one of the largest law firms in the region and a leading employer in Sheffield.

“We are now actively recruiting for a range of positions from apprentices to experienced solicitors.”

Two of SSB’s three partners, Wesley Bower and IT director Steven Westwood, are non-lawyers. The third, Jeremy Brooke, is a personal injury solicitor.

Since the merger with Imperium, he has been chief executive of the SSB Group, which includes SSB Compliance and SSB Financial Services.