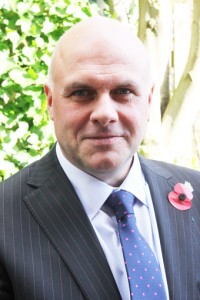 A Lancashire personal injury firm that has grown from four to 100 staff in under four years, and its turnover to £4.5m, has acquired an alternative business structure licence (ABS) as part of ambitious growth plans.

Blackburn-based Lance Mason Limited was granted the licence by the Solicitors Regulation Authority, effective from 2 January. Its stated aim is to be a top-100 firm within a decade from its 2010 start-up.

Mark Fallon, the firm’s chief operating officer, declined to give specifics about the ABS but he reported the firm’s turnover had increased 18-fold from around £250,000 in 2010 to an expected £4.5m this year.

“We’re looking to maintain that growth,” he said, adding that the ABS gave the firm flexibility. “It would be naïve of me to suggest that we can do that purely through continuing a workload involving road traffic accidents and personal injury. We have to broaden our horizons in that respect and the ABS gives us a massive additional weapon in doing that.”

Recruiting high-calibre local people who would otherwise move out of the city to work with a firm with “a corporate mentality but has the local touch” was a key goal, said Mr Fallon. The ABS would enable profit-sharing as an inducement when “recruiting staff [who] might otherwise have gone down the traditional route” of partnership.

The firm had no plans to seek external investment or to link up with other professionals, he said, although he acknowledged there were non-legal services that “dovetail very handily with legal firms”. Its strategy was based on providing “an extraordinary service”, he added.

It looks to prove this by joining the Trustpilot independent consumer review scheme, allowing clients to leave feedback on the firm on its website – which cannot then be altered by the firm itself. So far, Lance Mason has received 92 reviews and its overall rating is a maximum five stars. “We’ve had a lot of reviews and so far they’ve all been positive,” said Mr Fallon.

Reinvestment was key to the firm’s ambition of “spectacular growth”, he said: “Our view is what we are creating we are ploughing back into the business because we want to provide the ammunition for that sort of growth.”

The ABS’s head of legal practice is Katijah Ahmed and its head of finance and administration Waseem Ahmed.

Lance Mason’s senior partner, Stephen Bradley-Watson, writing on its website, described the firm as “one of the fastest-growing firms in the country”, adding: “Whilst we’re specialists in personal injury, we also have ambitious plans to develop Lance Mason’s services in other areas, so that we offer a truly one-stop-legal-shop to our clients across their busy personal and business lives.”