PI costs ruling could have “significant” impact on settled cases 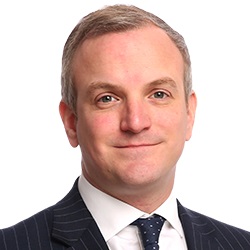 Latham: Ruling will affect many cases

A Court of Appeal ruling that the wording of a settlement of a personal injury claim supplanted fixed costs could have “significant” implications, including for cases that have already settled, a leading costs barrister has warned.

Kevin Latham, head of the costs team at Kings Chambers, said the decision in Doyle v M&D Foundations & Building Services Ltd [2022] EWCA Civ 927 highlighted the care with which agreements on costs needed to be reached.

“I suspect many parties have agreed an order in identical terms (i.e. one which provides for A to pay B’s costs subject to detailed assessment if not agreed) in cases to which fixed costs would otherwise apply,” he told Legal Futures.

“Absent something contradictory (such as was the case in Adelekun v Ho), such an Order will likely now result in an assessment of costs on the standard basis. That is true both for cases in which the order has already been agreed, and those in which such orders will be agreed in the future.”

Three days before the trial of the employers’ liability claim, which began in the portal, the defendant made a part 36 offer for £5,000. The claimant agreed to settle for that sum but not by accepting the offer, saying a consent order was needed instead given how close to trial it was.

The order provided that the defendant would pay the claimant’s costs, “such costs to be the subject of detailed assessment if not agreed”.

District Judge Rogers in Doncaster assessed the bill of costs at £14,467 plus interest, rejecting the defendant’s contention that, as an ex-portal claim, fixed costs should apply. Her Honour Judge Ingram in Sheffield upheld this.

Giving the unanimous ruling of the Court of Appeal, Phillips LJ said: “In my judgment, and contrary to the appellant’s contention, there is no ambiguity whatsoever as to the natural and ordinary meaning of ‘subject to detailed assessment’ in an agreement or order as to costs.

“The phrase is a technical term, the meaning and effect of which is expressly and extensively set out in the rules. It plainly denotes that the costs are to be assessed by the procedure in part 47 on the standard basis (unless the agreement or order goes on to provide for the assessment to be on the indemnity basis).

“The phrase cannot be read as providing for an ‘assessment’ of fixed costs pursuant to the provisions of part 45 unless the context leads to the conclusion that the wrong terminology has been used (by the parties or by the court) so that the phrase should be interpreted otherwise than according to its ordinary meaning.”

This was “abundantly clear” from consideration of the rules themselves, the judge went on.

Phillips LJ distinguished the case from that of Ho v Adelekun, which in part concerned the same issue, because it involved a part 36 offer.

He went on to hold that a detailed assessment was the parties’ intention: “In this case the terms of the order were agreed by firms of solicitors acting for the parties, both specialists in this type of litigation.

“In so doing, the solicitors must, applying an objective test, be taken to have been aware of the relevant rules and principles, in particular, (i) that the fixed-costs regime can be disapplied by agreement and (ii) that an order providing for detailed assessment (without more) entails an assessment on the standard basis (rule 44.3(4)(a)).

“In those circumstances it is difficult to see any basis on which the use of the term ‘detailed assessment’ could bear anything other than its natural and ordinary meaning.”

Mr Latham, who was instructed by Atherton Godfrey to act for the claimant at each stage, added: “This is an important decision which underlines the importance of parties taking considerable care when reaching agreement as to costs in cases to which the fixed-costs regime applies…

“Care will need to be taken in each case where a similar costs order is agreed, to consider the context in which the agreement was made, but in the majority of cases, it now appears that an order which provides for costs to be ‘subject to detailed assessment’ – even without reference to that assessment being conducted on the standard basis – will result in the claimant ‘escaping’ the fixed-costs regime.”