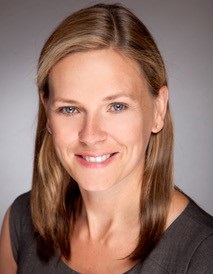 More people than ever are prepared to have their personal injury (PI) claim handled completely online, according to research by a leading law firm.

Minster Law commissioned the research as it prepares to be ‘small claims ready’ for the government’s PI reforms, which are due to come into force in April 2020.

It is clear that a much higher degree of automation will be required if law firms are to continue running such cases profitably given that successful claimants cannot recover their costs in the small claims court.

The survey, commissioned from Consumer Intelligence, found that 50% of respondents preferred online processing compared with 45% wanting the human touch.

Shirley Woolham, chief executive of the Wakefield-based law firm, said: “It’s crucial that the rapid shift towards customer self-service is balanced with human interaction where customers want it.”

A third of people had concerns about entrusting their claims to robotics, with the main concerns being the risk of criminals accessing their data, protection of privacy, and not having the reassurance of legal support if they need it.

The first two perhaps explain why those under 35 were as cautious about using technology as the older 55+ group; the group most keen on a completely online process was those aged 35-54.

The survey also revealed that simplicity, speed of claims processing, and peace of mind were more important to most people than what they pay for their insurance.

Ms Woolham said: “Our research underlines that many people still want to deal with human beings at the stressful point of making a claim, and the reassurance that they’re there to give support if something goes wrong, so we’re a long way off replacing them altogether.”

She explained that Minster Law has developed its “own online small claims journey”, but has built in the chance for customers to speak to a human being if they wanted to.

She warned too that the new online portal for people to bring low-value PI claims risked excluding “hundreds of thousands of claimants who couldn’t or didn’t want to manage their claim online”.

Only 9% of the 2,029 people quizzed had actually made a PI claim in the past five years. Of them, 68% used a solicitors’ firm, 19% handled it themselves, and 14% turned to non-legal support, such as a claims management company.

A fifth of those who had made a claim said it had been dealt with entirely electronically.