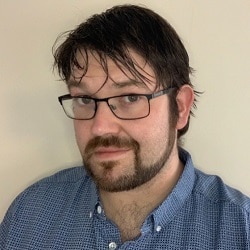 A solicitor has begun a petition urging the Solicitors Regulation Authority (SRA) to allow firms to make unsolicited approaches to consumers online.

Tobias Haynes, a litigator at Telford-based Martin Kaye Solicitors, argued that the general prohibition on all unsolicited approaches contained in the Standards & Regulations (STaRs) was “an unwarranted and unnecessary regulatory encroachment which goes much further than it needs to”.

This was sufficiently severe that it “impacts on access to justice”, he said.

Mr Haynes, who chairs Birmingham Law Society’s dispute resolution committee, has only attracted 31 signatories to his petition on Change.org at the time of writing, however.

Before the STaRs were introduced in November 2019, solicitors were expressly prohibited from making unsolicited approaches in person or by telephone to members of the public.

However, the STaRs went further by prohibiting unsolicited approaches to members of the public which, even if permitted by law, may feel unwelcome or intrusive.

SRA guidance says: “This means you cannot make direct or specifically targeted ‘approaches’ to members of the public in person, by phone or via other means which target them individually.”

Mr Haynes’ petition said: “There are countless scenarios whereby it may be appropriate for solicitors to reach out to potential clients to offer assistance; indeed, some members of the public may not be aware that they have a claim, they have been duped by an adviser not to make a claim, or even risk being time-barred from bringing a claim if solicitors do not bring matters to their attention.

“The new provisions have unintended consequences. Take for example members of the public reaching out for help via a newspaper or other media for representation or pro bono assistance – the new provisions prevent solicitors from reaching out and offering help [as this] would be an unsolicited and targeted approach.

“Similarly, when members of the public post on social media (such as LinkedIn) asking for assistance, the new rules are so wide that any response from a solicitor would arguably fall foul of these new provisions.”

Mr Haynes has not responded to our questions about why he started the petition or whether – by responding to an online request for help – such an approach would not in fact be unsolicited.

But the petition went on to say that banning unsolicited approaches in person or by telephone “struck the right balance” in protecting the public.

“The same cannot be said however for written communications such as letter or email etc, which are far less intrusive and whereby the recipient can simply discard or ignore the correspondence.

“Persistent, repetitive and/or harassing approaches would of course be prevented by the wider SRA principles as such conduct would bring the profession into disrepute and would demonstrate a lack of integrity.

“Accordingly, this petition respectfully requests that the SRA amend its Standards and Regulations so that only unsolicited approaches in person or by telephone are prohibited.”

An SRA spokesman said: “Our rules on publicity aim to strike a balance between allowing law firms to effectively advertise for and win new business, and protecting members of the public from overly intrusive or unwelcome approaches, especially at what may be potentially challenging times.

“We are currently preparing further guidance which provides firms with more help and examples regarding what is and is not allowed, especially online, and expect to publish later this year.”

The SRA announced yesterday that it would shortly be surveying solicitors to gather views on the STaRs.