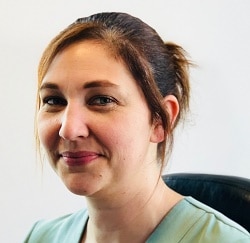 A fast-growing personal pension provider has set up an alternative business structure (ABS) to provide legal services for its portfolio of more than 6,000 commercial properties.

Gemma Millard, director of Rivergate Legal, said Curtis Banks had added the ABS to its panel of law firms but “ultimately” the new business could work for anybody.

She said Curtis Banks, based in Bristol, was one of the UK’s leading administrators of self-invested personal pensions (SIPPS) and small self-administered schemes for employers (SSAS).

Rivergate Legal provides commercial property and landlord and tenant advice to Curtis Banks, which was founded in 2009 but already administers over 76,000 pension schemes.

“Regulatory liberalisation has led more niche practices to come forward, which can only be a good thing,” she said.

“There will be challenges, such as managing conflicting duties between shareholders and clients.”

She said it had taken Rivergate over six months to get its ABS licence approved because Curtis Banks, which floated on AIM in 2015, had many investment fund shareholders.

She said the SRA wanted information about ‘key individuals’ but with investment trusts it was often not obvious who the ultimate beneficiaries were.

“As ever when you’re trying to set something up, things seem to take longer than they need to.”

However, Ms Millard said the application process for the ABS was fair and the SRA had raised “legitimate issues”.

Having worked as a newly-qualified solicitor in Swindon, Ms Millard moved to Curtis Banks in 2010, where she combined the role of solicitor with company secretary before becoming head of group legal last year.

There are three other directors of Rivergate Legal, including Rupert Curtis, chief executive of Curtis Banks. Ms Millard is also head of legal practice. She said the only other members of staff were a trainee legal executive and administrative assistant.

She said the ABS would “grow organically” depending on workflow. There are four other law firms from England and Wales on the Curtis Banks panel, along with one from Scotland.

Ms Millard added that Rivergate Legal’s knowledge of “SIPP property” as well as commercial property would give it a “commercial edge.”

Following its acquisition of rival firm Suffolk Life in 2016, Curtis Banks saw its operating profits increase by more than 50%.

A seventh regional office, its 60 staff take Knights to over employees. Turner Parkinson’s revenues for the year ended 30 April 2018 were £8.5m, 11% higher than the previous year.

Knights is best known for adopting a corporate structure and taking investment from James Caan, although the one-time Dragon’s Den star has now exited [1].

Aside from managing partner Mark Openshaw-Blower, who is to retire, Turner Parkinson’s senior management team will be staying with the business following the transaction.

Knights CEO and owner David Beech said: “Turner Parkinson are leaders in their field and their innovative and entrepreneurial culture is very similar to our own. They bring with them a quality client list and a renowned reputation for excellence.”

James Sheridan, head of corporate at Turner Parkinson, added: “Knights has a strong business model, with a highly regarded client base and are pioneers of an ownership model that represents the future of the legal industry.

“We have worked hard to build a strong, profitable and cash-generative business and I am confident that this, alongside Knights’ fast-growing regional professional services business, will result in a business that is even better positioned to meet the needs of our clients and employees.”