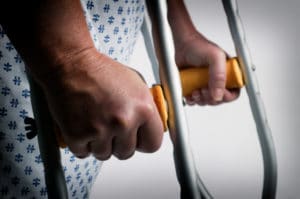 A partner who allowed his staff to pursue fraudulent personal injury (PI) claims and presided over a system that treated claims management companies (CMCs) “as if they were the actual client” has been struck off by the Solicitors Disciplinary Tribunal (SDT).

The tribunal found there was “clearly a practice of pursuing claims without any regard for clients’ actual instructions”.

Mr Uddin, a Labour party candidate at last year’s general election, described the consequences of his misconduct as “uniquely damaging”.

The tribunal said Mr Uddin left the running of the PI department to Mr Abid, who was “motivated by the desire to increase revenue”.

The SDT went on: “The only reason for putting the status of CMCs above those of clients was to ensure that CMCs continued to refer work to the firm.”

Mr Abid “caused and allowed the firm to pursue fraudulent claims and pay out clients’ damages to third parties without their consent”.

He was also found to have misled the Solicitors Regulation Authority (SRA) in relation to his directorship of a car hire company and “profited from a hire company that profited from the dubious PI claims brought by the firm”.

Mr Uddin told the tribunal in mitigation that the SRA shut down Crescent Law on the eve of the 2017 election.

“In addition to the reputation of the profession and any pain and suffering to their clients that may have ensued, there had been an effect on the democratic process.”

Mr Uddin said that “his political life and professional life clashed in such a way so as to destroy both and devastate his personal life.”

He fell 5,500 votes short of winning Wimbledon, which was a safe Conservative seat, despite a 7.5% swing in his favour.

The tribunal heard that Mr Uddin was the senior partner of Crescent Law, based in Morden, from 2003 to its closure in 2017.

Mr Abid was a partner from 2007 to 2017 and responsible for personal injury work.

He was found by the tribunal to have pursued fraudulent personal injury claims and allowed damages which should have been paid to the firms’ clients to be paid instead to third parties. He also found to have acted dishonestly in doing this, which he denied.

Mr Abid claimed there were only two instances of the firm issuing claims without instructions, but the SRA said it had identified 54 cases.

The tribunal found that Mr Abid had provided misleading information to the SRA by denying he was director of a company, and acted dishonestly by doing this.

Both solicitors admitted failing to supervise employees “adequately or at all”.

The tribunal found Mr Abid’s misconduct was “deliberate, calculated and continued over a period of time”.

Dismissing his claim that he did not know what was going on the department, the SDT said that “at the minimum, even if he did not himself pursue fraudulent claims, he was fully aware of the practices of his department”.

He was also found to have provided misleading information to his firm’s insurer and failed to disclose information, which he denied.

The tribunal found that Mr Uddin had paid little regard to his duties as COLP and COFA, and “allowed his personal and political ambitions to supersede his professional obligations as a solicitor”.

Deciding that he could “safely” return to practice, Mr Uddin was suspended for two years, ordered to pay £38,325 in costs and made subject to conditions kicking in at the end of his suspension that would prevent him from being a sole practitioner, partner of a law firm or member of a law firm, or a COLP or COFA.