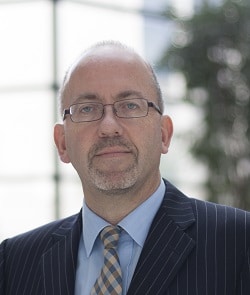 The turnover of personal injury claims management companies (CMCs) tumbled by 30% in the past year, it was reported today.

The figures also showed that the overall number of CMCs has halved over the past five years, and in the PI market fell by nearly two-thirds since the referral fee ban was introduced in 2013.

The annual claims management regulation report from the Ministry of Justice said that in the 2015/16 financial year, the turnover of the CMC sector fell slightly to £752m.

The report put this down to “the ongoing challenges in the market following the 2013 reforms and reduction in the number of CMCs operating in the sector (which was larger than the financial claims sector)”.

Overall the top 25 highest grossing CMCs accounted for 52% of the total turnover declared.

The total number of authorised CMCs has fallen year on year from a peak of 3,213 in 2011 to 1,610 in 2016. “However, the rate of decline has slowed in the last two years as the market began to show signs of consolidation,” the report said.

“In what has previously been a volatile industry with many new entrants and exits, often remaining for only a short period in the market, now almost three quarters of CMCs have been authorised for more than three years.”

At its peak in January 2013, there were 2,316 CMCs operating in PI; now there are 868 and the number of applications for authorisation was down 39%, as the market becomes harder to get into for new players.

The report said: “The sector remains polarised with a small number of large CMCs operating nationally retaining a dominant position in the market, while the majority of the sector is made up of small, locally operated CMCs who have worked with a solicitor to adapt their business model to comply with the referral fee ban.

“For many of these smaller CMCs, accident management activities, including recovery, storage, repair and vehicle hire, have become more profitable than injury claims. Such ancillary services have therefore become their main focus. Some CMCs have actively diversified into these areas while others already providing those services have seen these services become the primary income source.”

The regulator said the noise-induced hearing loss claims market has experienced “a number of fluctuations in the past year, with a sharp initial increase in activity followed by a gradual decline. Interest in this type of claim resulted in a large volume of direct marketing activity, principally through unsolicited telephone marketing”.

It continued: “However, a combination of enforcement action against CMCs responsible for non-compliant marketing (by the CMR Unit and the Information Commissioner’s Office) and a drop in demand for these type of cases meant that activity fell significantly during 2015/16.”

Although still fewer in number than in PI, those CMCs operating in the financial claims sector have for the first generated more than twice the turnover of the PI sector. The report said: “This correlates with a strong payment protection insurance (PPI) claims market, which has not significantly declined since a high peak in complaint numbers and turnover in 2012/13.

The sector remains top heavy, with six CMCs handling around 50% of all PPI complaints and the 15 largest CMCs accounting for over 50% of total turnover. “The number of consumers seeking PPI redress has only fallen slightly and settlement levels remain high. This has led to a stable and viable PPI market for CMCs, including established, smaller operators.”

In its enforcement work during the year, the regulator investigated 41 authorised CMCs and also 47 businesses suspected of providing claims management services without authorisation. It issued 247 warnings to CMCs and advised hundreds more, often following the 306 audits conducted and 1,196 visits made. It cancelled the authorisation of 66 CMCs, suspended four, varied the authorisation of four and imposed financial penalties on four CMCs of more than £1.7m.

Looking ahead, the regulator said it was anticipating a potential increase in direct marketing activity ahead of proposed reforms such as a ban on up-front fees, capping of CMC charges, whiplash reforms and any possible deadline on PPI claims.

Writing in the report, the head of claims regulation, Kevin Rousell, said: “We have stepped up our work to tackle unauthorised trading, including leading a more active campaign of unannounced physical interventions into businesses believed to be operating illegally without authorisation.

“Going forward, we expect to be making more such interventions into authorised businesses where we believe it to be necessary as part of the potentially more serious misconduct investigations.”

In this year’s Budget, the then Chancellor George Osborne announced that responsibility for CMC regulation would be moved to the Financial Conduct Authority. Mr Rousell said he expected this to be completed in 2018.

Qamar Anwar, managing director of leading CMC First4Lawyers, says: “It is clear that legislative changes introduced in the personal injury sector in 2013 are working. We believe it is too early to drive through any further legislation.

“Within the PI sector, the number of warnings issued has fallen by 76% while visits have increased more than ten-fold. The figures suggest the regulator has made 1.5 visits on average to each PI CMC, yet warnings and investigations have been issued to just 6% of the market, compared to 24% in 2014/15. This is to be welcomed and demonstrates a much-improved sector.

“We remain very concerned to see the increasing volume of complaints about unauthorised CMCs and are fully aware that these rogue firms are causing major problems for legitimate service providers. We will continue to work with the CMR to ensure that steps are taken in our sector to uphold the highest standards.”