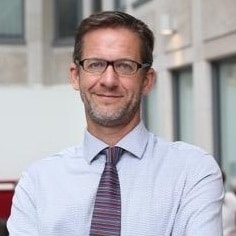 Heaton: We’ve got to keep plugging away on our funding

The permanent secretary at the Ministry of Justice (MoJ) has downplayed the recent 4.9% boost to its resources budget announced by Chancellor Sajid Javid last month.

Sir Richard Heaton told MPs on the justice select committee this morning that the money would be spent on “keeping the lights on” and “a third of the extra stuff we need”.

Responding to a question from Conservative MP James Griffiths, who described the new funding as “fantastic”, Sir Richard said the reason the MoJ needed an additional £1bn cash injection last year was because its “baseline” funding “was so adrift”.

The civil servant said this had now been corrected and the MoJ had “got rid of its structural underfunding”.

Earlier this month, justice minister Chris Philp said the much-touted 40% cut in the MoJ’s budget since 2010 was actually 21% because of the additional funding that has gone in. Mr Javid’s spending review promised a £511m increase in the MoJ’s budget to £8.1bn.

Sir Richard told MPs: “It is money needed to keep the lights on. Our computer systems desperately need replacing. There are lots of things we need money for.

“I feel this gives us a baseline for keeping the lights on and a third of the extra stuff we asked for. We’ve got to keep plugging away at this.”

Justice secretary Robert Buckland, who sat next to Sir Richard, was more positive, saying the new one-year funding announcement “marked a step change from some of the previous years”.

Mr Buckland said the MoJ’s budget had been “somewhat constrained” in the past.

He said the MoJ was now in a better position to make “a credible bid for a much more sustainable deal” for justice funding for the years 2021 to 2024.

Sir Richard said the MoJ faced a variety of demands on its budget, including “pay pressures” and the “need to modernise employment conditions”, the court estate, the prison estate and “the need to address some aspects of the legal aid system”.

He said there would be “more detail to follow” on which aspects of legal aid the government wanted to prioritise.

Responding to Conservative MP Victoria Prentis, who welcomed the MoJ’s announcement this week that it is scrapping a massive rise in probate fees originally planned for April this year, Mr Buckland said the decision was the result of “a lot of reflection”.

He said a comprehensive review of fees by the MoJ would reflect “our duty to the taxpayer to make sure that the system funds itself”.

He denied that the MoJ had tried to “use bereaved people as a cash cow” to fund other parts of the system, and said he was anxious to ensure that any future system of fees was about “balancing the books” and was not seen as a tax.

Mr Buckland added that the MoJ was “in sheer logistical terms” ready for a no-deal Brexit, with testing on a “virtually daily” basis and dress rehearsals.

Committee chair Bob Neill MP reminded Mr Buckand of the Law Society’s prediction that the legal sector would take a £3.5bn hit from a no-deal Brexit, partly because the reduced ability of British lawyers to enforce judgments in Europe would leave a “gap where British firms are at a disadvantage”.

Mr Buckland said the gap was “fully understood” by the MoJ and the issue had been “thoroughly canvassed” in government.