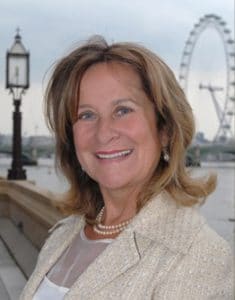 Peers have expressed concern about the impact that Brexit is already having on the UK’s legal services market and urged the government to take action.

It came in a report that warned that alternatives to the existing framework of civil justice cooperation “must be in place before the UK’s withdrawal is completed”.

The EU justice sub-committee said that to walk away from the Brussels IIa Regulation and the Maintenance Regulation – which govern cross-border family law issues – without putting alternatives in place “would seriously undermine the family law rights of UK citizens and would, ultimately, be an act of self-harm”.

The committee said it was concerned by the Law Society’s evidence that the current uncertainty surrounding Brexit was already having an impact on the UK’s market for legal services and commercial litigation, and on the choices businesses are making as to whether or not to select English contract law as the law governing their commercial relationships.

It said: “The government urgently needs to address this uncertainty and take steps to mitigate it. We therefore urge the government to consider whether any interim measures could be adopted to address this problem, while the new UK-EU relationship is being negotiated in the two-year period under article 50.”

More broadly, the sub-committee’s report, Brexit: justice for families, individuals and businesses?, found that the current system for civil justice cooperation across the EU member states – “in the development of which UK expertise has been prominent” – works well and provides the legal consistency and predictability on which families, businesses (particularly SMEs) and individuals depend.

But it said that, as Brexit takes effect, unless the current system of mutual recognition of judgments across the EU is duplicated, “not only will the advantages be lost, but there will be real hardship for families and businesses, who could be left subject to national rules across 27 other member states”.

While the government has emphasised the importance of separating the UK from the jurisdiction of the European Court of Justice, the key finding of the report was that “alternatives to the existing framework of civil justice co-operation must be in place before the UK’s withdrawal is completed”.

Falling back on common law and earlier international agreements that were “less clear, simple or effective”, would leave UK citizens with “uncertainty and diminished access to justice”.

Committee chair Baroness Kennedy of The Shaws said: “[We] heard clear and conclusive evidence that there is no means by which the reciprocal rules currently in place can be replicated in the Great Repeal Bill. Domestic legislation can’t bind the other 27 member states.

“We therefore call on the government to secure adequate alternative arrangements, whether as part of a withdrawal agreement or a transitional deal.”

Meanwhile, one of the latest additions to the Bar Council’s ‘Brexit Papers’ – a series of papers outlining the legal impact of leaving the EU – has warned that leaving the EU without a deal would “bring loss of rights, serious economic damage, and confusion and uncertainty”.