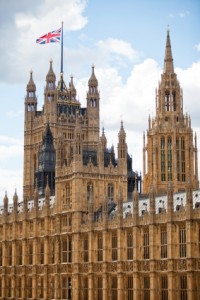 The House of Lords yesterday reinstated three of its amendments to the Legal Aid, Sentencing and Punishment of Offenders (LASPO) Bill to intensify the battle of wills with the Commons.

Peers voted again to exempt mesothelioma sufferers from the impact of the Jackson reforms, to require the Lord Chancellor to ensure that people have access to legal services “that effectively meet their needs”, and to widen the categories of evidence that can be used in legal aid applications for domestic violence and lengthen the time for which the evidence is admissible from two years to six.

However, LASPO opponents lost five further votes on other amendments, including making the legal aid telephone gateway non-mandatory, restoring legal aid for claims by children and exempting all disease claims from the end of recoverability.

The amendments will continue to go between the Lords and the Commons during this ‘ping pong’ stage until agreement can be reached. A conclusion is needed by next Monday, when the Houses will have to sit all night if necessary.

Lord Alton countered the government’s argument that the Jackson reforms rightly give clients an interest in their lawyers’ fees. He said: “It is not the job of someone dying of mesothelioma to become the government’s regulator or watchdog, watching the clock or challenging exorbitant legal fees. That is the job of regulators, not victims of a lethal industrial injury.”

He continued: “The minister argued that it would be unjust to single out one class of claimants for exemption. Of course it is never possible to do what we would like for everyone – I fully accept that – but does that mean that we can never see the difference between one category of victims and another?

“Is there not a difference between someone lodging a claim for whiplash and someone who has contracted a terminal illness? Are we really incapable of prioritising or seeing grounds for exceptions, as we have now, for instance, in medical negligence cases – and rightly so?” The amendment was passed by 214 votes to 205.

Lord Pannick rejected the government’s assertion that his amendment – which says the Lord Chancellor’s duty would be subject to available resources – would have adverse financial consequences or lead to litigation.

He said: “The purpose of the amendment is to ensure that the Bill recognises that we are cutting back on legal aid, most regrettably, because of current financial stringency, but that the principle of securing that individuals have access to legal services that effectivelymeet their needs, which has been part of our law since 1949, has not been forgotten.” Peers voted 248-233 in favour.

Baroness Scotland said she welcomed the concessions the government has already made on domestic violence cases – while regretting the time it took to do so – but said her amendments would take them a bit further.

She said: “It is clear… that the government do not entirely understand the issues in relation to domestic violence as I had hoped that they would… I wish that I could simply say to the House that we have moved far enough, but it is now a matter of whether the House and the government will choose to assist those who are in dire need.” The vote was won by 236 votes to 233.