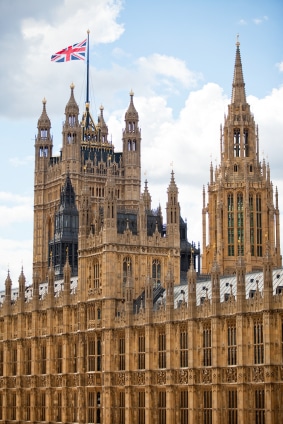 “Not essential” for Lord Chancellor to be lawyer, peers said

There is a “distinct advantage” in having a Lord Chancellor from a “legal or constitution background” but it is not essential, the House of Lords constitution committee has concluded.

Chris Grayling, the current Lord Chancellor and justice secretary, said in evidence to the constitution committee in October that he could see “no disadvantages” in the post being occupied by someone who, like him, was a non-lawyer.

Mr Grayling said: “In my view it is a positive benefit for the Lord Chancellor not to be a lawyer”.

However, Lord Judge, the former Lord Chief Justice, told the constitution committee this summer that he believed Lord Chancellors should have “some legal qualification”.

Peers went on: “We invite the government to agree that the rule of law extends beyond judicial independence and compliance with domestic and international law.

“It includes the tenet that the government should seek to govern in accordance with constitutional principles, as well as the letter of the law.

“Judicial independence is a vital element of the United Kingdom’s uncodified constitution. That its defence is a core part of the Lord Chancellor’s role is uncontested.

“The Lord Chancellor must ensure that the judiciary are free to act without undue pressure from the executive, that the executive respects the outcome of court judgments, and that the legal system is adequately resourced.”

Peers recommended that Lord Chancellor’s should have a “high rank in cabinet” and “sufficient authority and seniority amongst his or her ministerial colleagues to carry out this duty effectively and impartially”.

They recognised concerns that the combination of the office of Lord Chancellor with that of justice secretary could create “a conflict of interests at the heart of the Ministry of Justice”.

However, the constitution committee said “upholding the rule of law remains central to the Lord Chancellor’s role and in practice the office is given additional authority by being combined with a significant department of state”.