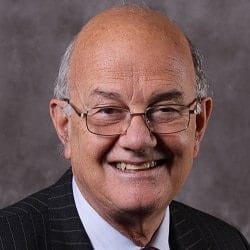 Former Lord Chief Justice (LCJ) Lord Judge yesterday defeated government efforts to limit the extent to which future holders of the post will have a veto over the work of the online procedure rule committee (OPRC).

During the report stage of the Courts and Tribunals (Online Procedure) Bill, the government introduced amendments to provide that the Lord Chancellor has to obtain the concurrence of the LCJ when exercising various powers – including deciding which areas of law should be covered by the online court – rather than just having to consult him or her, as the bill previously provided.

This followed strong views expressed by opposition and crossbench peers during the committee stage of the bill earlier this month.

While these changes were widely welcomed during yesterday’s debate, Lord Judge said they did not go far enough, as they did not cover clauses allowing the Lord Chancellor to order the OPRC to make particular rules, or to use so-called Henry VIII powers and amend, repeal or revoke any Act or regulations he or she considered “necessary or desirable” to facilitate the making of online procedure rules.

Lord Judge said: “What in the end we have here is the ability under [this two clauses], taken together, of the executive to decide how litigation shall be conducted. That is what is objectionable about it.”

Peers voted by 226 to 182 in favour of his first amendment, and the second went through without a vote.

Opposition and crossbench members were largely welcoming of other changes introduced by the government, in particular in putting on the face of the bill that it must provide support for people who could not easily access digital services due to a lack of digital skills, a lack of confidence or a lack of tools, and that people could still access the system using paper documents that would be scanned in.

There was one other vote during the report stage, on a Lord Beecham amendment to add to the OPRC a member with experience in representing the views of people who are digitally excluded.

Lord Keen, who speaks for the Ministry of Justice in the House of Lords, said that, given its amendments would ensure the OPRC would “always consider the needs of those who struggle to engage digitally”, this additional member was not needed.

“It is also important to remember that clause 6 provides a power to vary the membership of the committee as and when required.”

Lord Keen also rejected an amendment that would mean a solicitor, barrister and chartered legal executive would all sit on the OPRC, rather than just one lawyer in all.

“We have been clear all along that we want an [OPRC] that is small and agile. This will mean that it has the flexibility to make and adapt rules quickly to meet circumstances that might change rapidly.”

He added that amendments he introduced evened up the number of members appointed by the Lord Chancellor and LCJ to three each – to deal with concerns expressed in previous debates – and that the LCJ would nominate the chair.

“It would therefore defeat the very purpose of the amendments we have sought to move.”

The bill will next have a third reading before moving to the House of Commons.