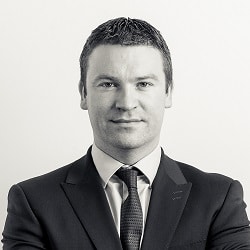 Bucknall: No payout to investor

The private equity backer of failed personal injury firm Roberts Jackson is set to lose its entire £22.5m investment, while unsecured creditors will only receive pennies in the pound, it has emerged.

The industrial disease specialist was sold to Manchester firm AWH Legal in a pre-pack last September and it later emerged that a dispute with its former after-the-event insurer was the key factor in the firm becoming insolvent.

AWH made an advance payment on account of £500,000 and the latest update from Sean Bucknall, one of the joint administrators at Quantuma, said the recoveries made by AWH to date meant a further £360,000 was payable.

The book value of the work in progress bought by AWH was £13.4m, plus debtors, disbursements and accrued revenue totalling just over £6m.

AWH is paying 10% of all profit costs and success fees from settled cases, 50% of the recoverable value of disbursements, 90% of debtors and 60% of accrued income.

Some £115,000 of the money received from AWH has gone to settle a redundancy claim brought by Karen and Oliver Jackson, the married founders of Roberts Jackson who left the business some months before it went under. AWH was indemnified against this under the terms of the acquisition.

Roberts Jackson had a £4.25m revolving credit facility with NatWest, secured by way of a debenture incorporating fixed and floating charges. The bank retained the £273,000 cash at bank when the administrators were appointed, and has received a further £150,000. Quantuma estimates paying back a further £2.3m to the bank.

However, the private equity firm NorthEdge Capital, which initially invested £15m in 2014, will not receive any of the £22.5m it is owed, according to Mr Bucknall’s forecast.

An inter-creditor agreement governs its relationship with NatWest.

Unsecured creditors – who by law are entitled to a proportion of the proceeds where there is a creditor with a floating charge – were estimated at £13.7m, with two medico-legal agencies prominent among them: Medical Legal Appointments (£3.2m) and Premier Medical (£2.2m). Counsel and other legal advisers were owed £2.4m.

Mr Bucknall said he has so far received 91 claims from unsecured creditors worth £7.3m, and “I currently anticipate that the dividend will likely be in the range of 3.2-4.3p in the pound”.

Its solicitors, Pinsent Masons, were paid £113,192 in pre-administration costs and have since been paid a further £53,109.