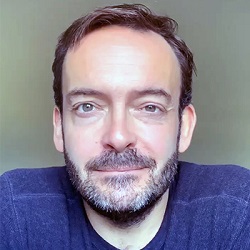 Haden: Looking for something in addition to the work

The biggest specialist personal injury firm in the country, owned by private equity since last October, has made the first in a regular series of acquisitions for the next few years.

Fletchers’ chief executive said it was searching for targets with “something in addition” to their ordinary work.

Peter Haden was speaking to Legal Futures after Fletchers, which was bought by Sun Capital, announced it was buying the personal injury work of Burnley firm Smith Jones and its specialist brand for injured cyclists, Cycle SOS.

Mr Haden, a non-lawyer who replaced Ed Fletcher in November, said he was hoping to complete “another couple” of acquisitions similar to Cycle SOS this year, and continue at the same rate for another three-four years.

“We’re looking at a variety of firms in medical negligence and personal injury. They will be relatively small businesses which we can integrate more easily.

“We’re looking for something in addition to the work, something which could give us another route to market.”

He described Paul Darlington, founder of Cycle SOS, as a “very enthusiastic and committed cyclist” for whom cycling was a “life passion”.

Mr Darlington and two other solicitors who worked with him are joining Fletchers when the acquisition completes, expected later this month. Smith Jones will continue with non-PI work, such as financial mis-selling.

Mr Haden said that along with acquisitions, the firm would be “investing very heavily in growing organically, especially medical negligence”. This would include more advertising and “in-bound work” from panels.

Fletchers, a top-100 firm with over 500 staff, was not looking to expand beyond personal injury and medical negligence “for the moment”, given the “enormous potential” in these areas.

“As a firm we recognise the need for reform in medical negligence and that there is a case for fixed costs.

“The latest proposals are weighed very heavily in favour of defendants and will make it hard for firms to operate on cases below £25,000.

“We want to make sure that there a workable system which provides clients with sufficient competence and care, and is fair to both claimants and defendants.”

After that, he was interim chief supporter officer of Oxfam, running a network of 550 shops and over 2,000 staff.

Since becoming chief executive of Fletchers, he said he had been “genuinely struck by the value set and empathy of my colleagues for their clients” which “goes beyond law as a business”.

He went on: “I am also really struck by how fragmented the industry still is. People are still represented in specialist areas by firms that do not have wide resources.

“That is not so much a comment about their size – there are some really good lawyers in small firms – as about fragmentation.”

Mr Haden added that the legal sector was “beginning to see the impact of the benefits of technology”.

One of them was the move to flexible working. “We want flexible and hybrid working, which are a benefit to all, to be normal.”

Mr Haden said the impact of technology was “probably only starting to come about now” in the legal sector − one of the things that attracted him to the law.