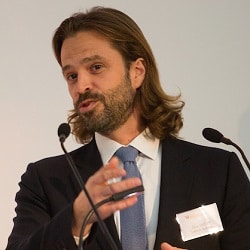 Setfords – the consultant-led law firm with private equity backing – has secured its first-ever merger as it targets firms to speed up growth.

Summers was founded in September 1995 by John Summers, who grew it from a sole practice to a six-partner firm with a turnover of over £1.6m.

Four of the partners are moving across, and will become part of Setfords’ national network of consultants working remotely, of which there are now more than 200.

Setfords has administrative bases in Guildford and Chancery Lane, in the heart of legal London. Summers’ four support staff are also joining.

The Setfords model, like similar practices, means that consultant solicitors pay a proportion of their fee income to the firm to cover the central office support but keep the rest.

Setfords took investment of £3.75m in December 2016 from the British Growth Fund. In a statement, the firm said it expected to make similar deals with other firms in the next 24 months.

Mr Summers said: “This has been a big decision to make but after 23 years operating independently we felt this was the right time to partner with a larger firm to enable us to deliver an even wider range of legal services to our clients.

Summers partner Martin Frankum said Setfords’ support structure was one of the major reasons for seeking the merger.

“Running a firm is very time-consuming, especially when you have to fee-earn as well. Now we can concentrate solely on servicing our clients and continuing to provide the high level of service that they have come to expect from us,” he said.

Setfords joint CEO Guy Setford said the deal allowed Setfords to bolster its commercial presence in London, and was part of major expansion plans for the firm.

“We are currently considering mergers with a number of other firms across multiple sectors,” he said.

“We believe our unrivalled support and flexible working practices are highly attractive to firms looking to share some of the responsibility of running a firm, but are keen to achieve even greater success.

“Our model allows firms to scale their own client bases while de-risking and allowing others to do the heavy lifting.”

Fellow CEO Chris Setford, his cousin, added: “While joining forces with other firms will most certainly be a focus in the coming months and years, we remain committed to recruiting individual lawyers.”